The cost of climate claims in France could double by 2050 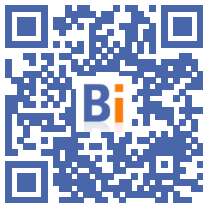 The total bill for climate claims over the period 2020-2050 could double compared to the previous 30 years, estimated the French Insurance Federation (FFA) in a report published Thursday.

The increase in the "insurable mass", due to the increase in wealth, would be "the first explanatory factor", accounting for a little more than half of the increase in claims, explained Franck Le Vallois, general manager of the FFA.

For example, the development of a city of 10%, by extending the built-up areas, can result in a 50% increase in the loss in the event of a disaster, explained José Bardaji, director of statistics and economic research. of the FFA.

Then comes global warming, responsible for a third of the increase.

The rest of the increase would come from extreme events, linked to the natural variability of the climate, and the distribution of populations with, for example, a concentration on the edges of rivers.

By type of disaster, droughts will become more and more frequent and their cost could triple, to 43 billion euros cumulatively by 2050.

The floods, "more and more frequent and more and more expensive", according to Mr. Bardaji, would see their load increase by 81%, to 50 billion euros.

As for storms and marine submersions, the amount of claims could increase by 46% and 133% respectively, to reach 46 and 4 billion euros.

All these assumptions were based on a "pessimistic" scenario, leading to a warming of 4 degrees by 2100 compared to the pre-industrial period, thus well above the target of 1,5 degrees of l. 'Paris Agreement.

However, the UN said on Tuesday that states should multiply their ambitions by 7 to respect this agreement.