The consultation on the Paris ring road cost 350.000 euros 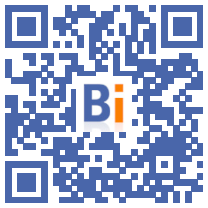 The online consultation on the future of a lane of the Paris ring road, carried out in November by the Ile-de-France region, cost 350.000 euros, indicated its president Valérie Pécresse in a response to her socialist opposition transmitted to the AFP.

In a letter dated January 5, candidate LR in the presidential election indicates that the budget for this consultation is made up of "operating credits for digital transformation", for the online platform, and those for "institutional communication " with regard to "user information".

According to the region, nearly 80.000 people took part in this consultation and 90% were opposed to the "removal of a traffic lane for all" on the ring road, the subject of a political battle with the town hall of Paris which to management.

The town hall, led by the socialist Anne Hidalgo, also a presidential candidate, plans to reserve this route for carpooling, public transport and even electric vehicles after the 2024 Olympic Games, during which it will be reserved for participants.

The deputy (EELV) for transport at the town hall David Belliard therefore considers that this route will not be "removed" but "transformed", and had accused Ms. Pécresse of "lie".

The analysis of some 46.000 explanations of vote is in progress, indicates Ms. Pécresse, even if "outline lines appear with force", in particular on "the risk of increased congestion and pollution" and "practical difficulties" related to the town hall project.

Ms. Pécresse, who had promised a referendum on the subject during her re-election campaign in early 2021, also demanded via the regional transport union that she chairs, Ile-de-France Mobilités, to recover the management of the ring road.

Used every day by a million vehicles, the latter "has less than 20% of Parisian users and 40% of journeys are from suburb to suburb", she underlines in her letter, in response to the regional councilor PS Jean -Marc Germain, husband of Anne Hidalgo, and the president of the socialist and related group, Maxime des Gayets.

Contacted by AFP, the latter deplored the "Pécresse management": "after having spent 130.000 euros to try to block the pedestrianization of the ways on banks carried by the City of Paris, Valérie Pécresse will therefore have wasted 350.000 euros for an operation of insincere communication and without object of general interest", he believes.