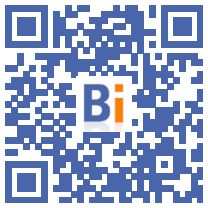 The month of April 2020 marked the history of Statistics with record levels of weakness of activity due to the strict confinement which concerned the entire territory and sectors. One year later, April 2021 recorded the “backlash” and displayed extraordinary dynamism.

Although the health crisis continues, the signs of economic recovery are increasing in a context where activity is driven both by the budgetary arsenal of support measures and the stimulus plan but also by the catching up of spending by economic agents. whose needs have been curtailed for more than a year. On the materials side, demand for aggregates and ready-mixed concrete for the first four months of the year has reached 2019 levels. It is true that the building order books have never been so full and that, on the Public Works side, the restart of activity has also started. Even if some indicators are still lagging behind, the year 2021 is already shaping up to be better than expected. 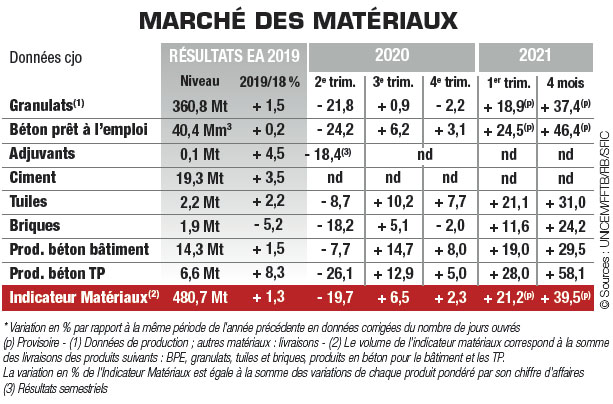 One month of April above average

The first estimates for April show fairly vigorous activity for materials, although down slightly compared to March (-2,2% for aggregates and -3,7% for ready-mixed concrete, CVS data). CJO). Admittedly in very strong progression compared to last year, base effect obliges, the production of aggregates shows an increase of + 4,7% compared to April 2019. It is approximately 0,5% above the April average of the last twenty years and + 10,7% above that recorded for ten years. During the quarter from February to April, production stabilized at its level of the previous quarter (-0,1%), thus joining that of 2019 (-0,3%). Cumulatively over the first four months of 2021, the aggregates activity thus recorded an increase of + 1,4% compared to the same period of 2019 and of more than + 7% compared to the average observed over the same period of these last ten years.

Over twelve rolling months, the increase is now + 8,1%. On the BPE side, April 2021 deliveries also exceeded those of April 2019 (+ 2,1%), standing 15,6% above an average April over the past ten years. However, ready-mixed concrete deliveries over the past three months fell slightly compared to the previous three months (-1,6%) but also compared to the same period of 2019 (-1,7%). Cumulatively since January 2021, the volumes delivered have returned to their 2019 level (-0,3%), i.e. volumes 13% higher than the average accumulations observed since 2010 over this period. At the end of April, and over twelve rolling months, ready-mixed concrete production thus grew by + 13,2%. Our materials indicator also shows a marked rebound: after an increase of + 21,2% over one year in the first quarter (and + 2,3% compared to 2019), the cumulative increase over the first four months reached +3,1, 2019% compared to the same period of XNUMX.

Bright outlook in the building

Interviewed in May by INSEE, building contractors confirm the good performance of their activity and even look more optimistic than in April on their future activity. The balance of opinions is in fact largely above its long-term average, as is the case for employment prospects, which has recovered significantly for the fourth consecutive month. It is true that the order books now cover 9 months of work, including 10 months in structural work, a high point never reached. 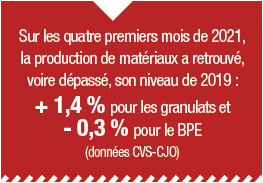 At the same time, the tensions on the productive apparatus are increasing, the latter being used at 92% of its capacity in the structural work (against 87,9% on average in the long term) and near a building contractor on two declared that they could not increase their production. Among the identified brakes, the shortage of supply experienced a real rebound in May, cited in 9,8% of cases (1,6% long-term average). This surge is undoubtedly attributable to the shortages of materials recently mentioned and is also reflected in the evolution of prices. Indeed, in May, business leaders are more likely to announce that they will increase their prices over the coming months, the balance of opinion having reached a level not seen since July 2008. On the construction side, there is a strong recovery in housing starts at the end of April (+ 7,6% over the last three months compared to the previous three months, CVS-CJO data).

This recovery is valid for the collective (+ 11,8%) as well as for the individual (+ 2%). According to the SDES, housing starts were more numerous on average during this period (+ 5,7%) than during the twelve months preceding the health crisis. In the end, there are 387 housing units started over one year at the end of April, or + 500% in one year. On the other hand, on the permit side, the recovery is less marked: if it is rather vigorous in the case of single-family homes (+ 7% during the quarter from February to April, compared to the previous quarter), it is still hesitant in the collective segment (-6,4%). At the end of April and over twelve months, 7,6 authorizations had been recorded, ie a drop of -405% over one year. Finally, on the non-residential side, the situation remains worrying. 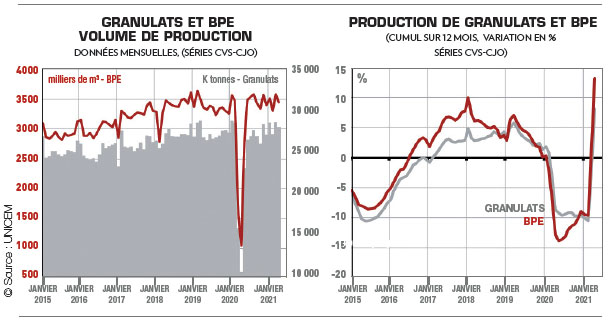 Authorized areas have fallen sharply over the last twelve months (-8,5% at the end of April) while premises started continue to decline (-8,6%). While the new housing market strengthened in the first quarter, with sales up + 16,2% over one year, they still remain -2,8% lower than in 2019. In a context where home loan interest rates have reached an all-time low (1,07% in April-May), household demand could strengthen in the coming months, as developers anticipate in the latest INSEE survey . Despite an increase in supply (+ 12,1% in the first quarter), available housing stocks continue to fall (-11,4%) to reach their lowest level in the last ten years.

Following the recovery that began in March, activity firmed up in April according to the FNTP. Billings for the last three months have risen by + 8,3% compared to the previous quarter (CVS-CJO), returning to a level comparable to that of 2019. Thus, cumulatively since January, the work carried out has increased by +1,1, 2019% compared to 11. So far sluggish, order intake recovered in April (+ 2019% compared to March) but they still remain well below the levels of 9 (-16% and -827% cumulatively over the first four months of the year). Should we see the first signs of the revival of public procurement and calls for tenders linked to the Recovery Plan? The latest note from the Observatory of the Public Order of Work in Building and Development underlines in any case a clear increase in operations in the first quarter (41,7, i.e. + 1,7%), for a theoretical volume of works of XNUMX billion euros per month. The MIQCP * even mentions a “new high activity cycle” post-health crisis, linked to catch-up / recovery effects (after the local elections) but also linked to the Recovery Plan. An evolution to watch in the coming months ...