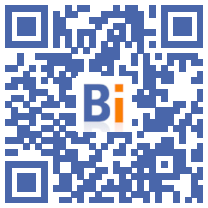 Despite the encouraging economic climate, CAPEB nevertheless remains very concerned for the coming months due to the continued rise in the cost of materials (+18% in the 1st quarter of 2022) and energy as well as tensions on the supply of materials. and equipment. The building trades, which created 26.000 net jobs on the labor market in 2021, could create just as many in 2022 if activity remains favorable throughout the year.

For Jean-Christophe Repon, President of CAPEB: “While the activity indicators for this 1st quarter are green, the economic and geopolitical context remains a source of great concern for craft building companies. They are impacted by the consequences of the war in Ukraine, like many, particularly in terms of supplies and prices. That being said, they are still showing growth at the start of the year. Our objective in 2022 is to maintain their activity and their jobs. We are working on solutions to help them and will make proposals within the framework of the Assises du bâtiment announced by Bruno Le Maire during our Congress on April 22, and which we are looking forward to”.

Nevertheless, these positive figures must be assessed in the light of the level of activity for the reference period (March 2020 to February 2021) which was particularly low due to the first confinement where authorizations had fallen sharply and where many construction sites did not could not start. Added to this is the entry into force of the 2020 Environmental Regulations on January 1, 2022, which caused an exceptional number of authorizations for individual housing granted in February 2022 (+20,5%), following the permits filed in December 2021.

Regional activity – In the first quarter, the growth differences between the regions increased slightly and stand between +2% and +4,5%. The PACA-Corsica region, with an increase of 2%, is slightly behind the national average. On the other hand, five regions posted increases above the national average: Brittany and Centre-Val de Loire (+4,5%), but also the Grand Est, Hauts-de-France and Nouvelle-Aquitaine ( +4%).

Overall activity of the building trades

Building trades in the regions

Building trades in the regions

The building trades created 26.000 jobs on the labor market in 2021 and could create just as many in 2022 if activity remains favorable until the end of the year and if the obstacles to its development are lifted, start with the simplification of administrative and regulatory procedures.

Hiring intentions: the trend at the start of the year was rather favorable to job creation. However, even if the number of companies planning to hire or keep their jobs was significant at the end of 2021-beginning of 2022, the war in Ukraine and its consequences could lead professionals to be more cautious with regard to their recruitments. .

Consequences of a combination of several factors (health crisis, war in Ukraine, etc.), the rise in energy prices and supply difficulties continue to weigh on the building trades business. In order to concretely measure their consequences, CAPEB wished to renew in April 2022 the study that it had already carried out in July 2021 and January 2022 with 1.700 craft building companies.

The results show a sharp acceleration in the average rise in the price of materials in recent months (+18% in the 1st quarter of 2022). Once again this quarter, carpentry and locksmithing is the activity which experienced the strongest increase (by +21,5%), caused in particular by the surge in the price of wood and steel. If the increase affects all companies, only 60% of them say they pass it on, at least in part, to their customers (compared to 45% in January 2022). Indeed, on average, these companies do not pass on all the increases but do so by 43% (compared to 33% in January 2022). For information, on average, the weight of the purchases of materials and equipment represents 30% of the costs of a building company.

56% of companies say that lead times and material shortages cause production and organizational difficulties, including schedule changes and team reorganizations. However, the companies questioned remain rather optimistic: 53% of them declare that they foresee stable activity in the next 6 months, 31% declare an increase in activity and 16% a decrease in activity.

Construction industry situation in the 1st quarter of 2022, additional findings: