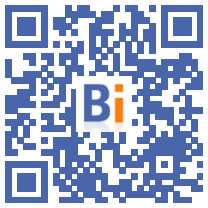 The conditions for relaunching pension reform - a pandemic under control and a solid economic recovery - are "to date still not met," Prime Minister Jean Castex said on Wednesday after a government seminar back to school.

"All plans combined, the expected deficit should reach this year, according to the COR (Pension Orientation Council, editor's note), eight billion euros and very likely 11 billion by 2030", nevertheless warned the head of government by presenting his priorities for the remaining 200 days of Emmanuel Macron's five-year term.

Even if this reform "is an absolute necessity" to restore the balance of the system, "we have the imperative duty to promote as much as possible the unity of the country", he added, in allusion to the opposition of the unions and reluctance on this reform even in the ranks of the majority, a few months before the 2022 presidential election.

"The process (...) can only resume when the pandemic is under control and the economic recovery is strong enough, it is a matter of common sense, it is a prerequisite for the success of this very important reform" , he insisted.

The hypothesis of a revival of pension reform before the end of the five-year term, which divides the majority, resurfaced on Monday to the chagrin of the unions.

According to Les Echos, Emmanuel Macron intends to "abolish special pension schemes and establish the minimum pension of 1.000 euros" before the end of his mandate.

Highly flammable, the pension reform, which had given rise to a strong mobilization at the end of 2019 and a long social conflict, had been stopped dead by the Covid-19 in March 2020. Since then, rumors about possible measures before the presidential election of 2022 reappear regularly, fueled by the head of state himself.

He had left doubt in July on the launch of the reform before the presidential election of 2022 by indicating that it would be "initiated as soon as sanitary conditions were met" and by asking the government to "work with the social partners on this subject. in September".

The unions, which were received last week in Matignon, all said no to a new consultation on pensions before the presidential election.