The commissioning of the Flamanville EPR postponed until 2024 by decree 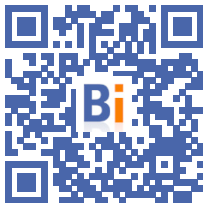 The government has officially postponed until 2024 the maximum deadline for commissioning the EPR of Flamanville (Manche), whose site has experienced many delays, in a decree published on Friday in the Official Journal.

The creation of the new generation reactor had been authorized by a decree of April 10, 2007, which then provided for a maximum period of thirteen years for loading nuclear fuel. This deadline would therefore have been reached in April.

The new decree published on Friday "increases to seventeen years, instead of thirteen, the deadline for commissioning the basic nuclear installation called Flamanville 3", indicates the text signed by Prime Minister Edouard Philippe and the Minister of ecological and united transition, Elisabeth Borne.

"This allows us to benefit from additional administrative margins compared to the industrial planning", reacted EDF, questioned by AFP.

The site, marked by numerous additional costs and delays, has recently suffered from welding problems which force EDF to carry out complex repair work.

While the reactor was initially scheduled to enter service in 2012, EDF is now targeting nuclear fuel loading by the end of 2022.