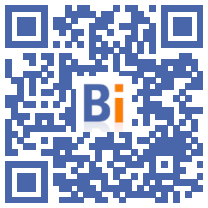 Mobile application, time-stamped photo, online report, so many promises that flourish on the web seeking to seduce construction professionals... and which however leave them without recourse or tangible or usable proof in the event of a dispute...

The National Chamber of Commissioners of Justice is sounding the alarm and would like to alert the construction, building and public works sector to the proliferation of illusions of work reports, which have no probative value and are likely to cause significant financial difficulties for the entire construction sector, from craftsmen to large public works companies.

A materialization of the proof by public and ministerial officer. The only act with solid probative value

By virtue of his status as a public and ministerial official, the commissioner of justice draws up findings which attest to the reality of a fact, in a neutral and impartial manner, in an authentic act which is very difficult to question during of a trial.

The solidity of the proof by finding of the commissioner of justice makes it possible to guard against a litigation to be born, establishing the reality of a situation at a time and in a precise place, cutting short with any interpretation, supposition or unfounded accusation. It often makes it possible to avoid legal proceedings because the mere presence of this proof makes it possible to lead to mediation. Finally, if the procedure continues until the trial, the report constitutes one of the most decisive forms of proof before the courts: the law gives the report by the commissioner of justice a strong probative value and it includes mentions constituting an act authentic.

A wide range of findings to protect construction industry players

It is strongly recommended that all construction professionals, regardless of the size of their company, use the findings of the commissioner of justice in order to protect their activity, and this, during all phases of the construction site:

The report before works

Before the company begins its work, the commissioner of justice intervenes to ascertain the state of the roads, the walls of neighboring buildings or houses, the state of the sidewalks, barriers, etc. This preventive report allows the contractor to free himself from all responsibility if, once the work is finished, he finds himself accused of having created collateral damage (cracks in neighboring buildings, damaged road, etc.).

For Maître Jean-Luc Bourdiec, commissioner of justice in Gien: “This observation should almost be systematic because many companies, once their construction sites have been completed, are accused of all the damage around them. However, having no means of proving that they are not responsible and that the damage was present before their intervention, they find themselves forced to repair, mobilizing human and financial resources for which they will not be paid. »

To prove a delay: In the construction industry, the various trades intervene successively. Also, as soon as one of them falls behind, this delay affects the next site and so on. In order not to be held responsible for the delay in delivery (and therefore obliged to pay the penalties), the company can have the commissioner of justice note its impossibility of working on time, the site not being ready.

For Jean-Luc Bourdiec: “For example, a painter will show that since the site is neither out of water nor out of air, he cannot begin his work, and even less complete it on time. For the major players in the sector, this observation is essential given the sums generated. An energy supplier, for example, who will not be able to operate solar panels (because the company in charge of the installation has not met the deadlines) will protect itself from penalties of around 100.000 euros per week of delay . »

To prove a faulty workmanship, a hidden defect: Once the construction site has started, the professional is not immune to discovering “unforeseen events”. It is possible to discover hazardous materials or clandestine burials. Sanding may reveal the presence of xylophagous insects or saltpetre. These common situations will lead to delays and additional costs for repairs. Here the finding by the commissioner of justice will make it possible to prove the presence of these "hidden vices" and to release the responsibility of the entrepreneur.

“It also makes sense when you know that justice takes years to decide. For example, a company in charge of digging trenches to pass the fiber falls on high voltage lines. By intervening within the hour to prove that these lines should have been buried at 80 cm and that they are only buried at 40 cm, the commissioner of justice releases the responsibility of the company having dug, avoiding him not only the sums colossal to repair but also allowing him to protect himself during the future trial thanks to a report which established the proof at a precise moment, authenticated by public and ministerial officer and which will be indisputable even 4 years later before the judge. »

The report when handing over the keys / end of construction

Making it possible to freeze a situation at a given moment, the statement by the commissioner of justice will protect the company having carried out and delivered the site by preventing it from being reproached for future damage linked to use and wear and not to its work. . All of the findings being kept for 25 years, this precaution is invaluable...

To go further in the precision of these observations, before, during and after works, the CNCJ will announce, to the whole of the profession during its National Congress (next 8 and 9 December in Paris), the launch of a new tool: the immersive 360° report.

From a camera, the commissioner of justice will be able to make a 360° video of the object of his report (street, facade, room, etc.) as a whole.

This immersive observation will be released in 2023 and the profession will be trained in its use.