The collection of livret A remains high in April 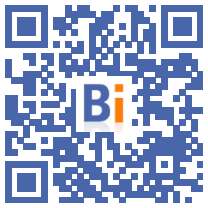 The net inflows of Livret A reached 2,95 billion euros in April, a level lower than the record of last year but above that of 2019, according to figures communicated by the Caisse des Dépôts.

The exceptional level observed last year was due to the first containment, initiated in March and the effects of which were fully felt in April.

Over the whole of 2020, inflows reached a record level, despite a historically low interest rate of 0,5% per year, due to its status as a safe-haven investment.

If this has returned to a level closer to its usual rate, the April collection remains significant: in recent years, only the years 2013 and 2020 have seen a figure above 2,95 billion.

For its part, the Livret de développement durable et solidaire (LDDS) collected 840 million euros net in April, less than the 1,93 billion euros recorded a year ago.

The Livret A mainly finances social housing, while the LDDS is dedicated to the social and solidarity economy as well as to energy savings in housing.

Thus, the inflows recorded by the Livret A and the LDDS together amounted in April to 3,79 billion euros. And over the January-April period, it reached 18,42 billion.

At the end of April, 466,7 billion euros were placed in total on the two books, an increase of about 9% over one year.