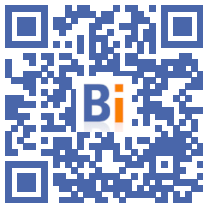 The CNOA notes with regret that the central issue of housing has not been entrusted to a fully-fledged minister, at a time when 12 million French people are affected by poor housing. As a reminder, the CNOA pleads for an interdepartmental policy of architecture favoring more links with the other actors of the living environment and the habitat; the Ministry of Culture (the current supervisory authority), reinforced by an architecture department, would have their place there.

Faced with the scale of the immediate challenges – climate change, housing crisis, depletion of resources – the CNOA asks the government for immediate support to make architecture a major lever for improving the living environment of the French people, and a response to these issues.

The CNOA will quickly ask for an audience with the ministers whose attributions overlap with the fields of mobilization of architects, in order to present to them the diagnosis and the proposals formulated in its Plea “Habitats, Cities, Territories. Architecture as a solution”.

For Christine Leconte, President of the CNOA: “Acting in the face of resource scarcity and the adaptation of our cities to climate change is no longer an option. Better housing our fellow citizens, and anticipating the aging of the population must be taken into account without delay. Architectural creation is a solution at the service of inhabitants that is underused by public decision-makers and therefore, consequently, little implemented on a large scale: designing buildings that are more sober in energy and materials, renovating with respect for heritage , reimagining from what already exists, thinking about summer comfort in our cities and in our homes requires strong political support in the face of obsolete, overly established practices. We know how to do it, we have to give ourselves the means. We will defend the principle of an economic sector of open architecture which will guarantee production sovereignty and local reuse of materials, audible in this unprecedented period of shortage. These solutions, close to the territories and the inhabitants must be supported without delay: the time must be for action! »

The CNOA intends to move forward with the new ministers on these priority projects: