The closure of Fessenheim will result in "no job loss", assures Borne 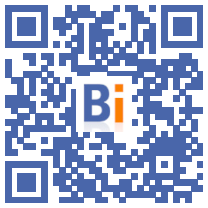 "There will be no job loss" linked to the closure of the Fessenheim nuclear power plant in Alsace, whose N.1 reactor will be shut down on Saturday, Minister of Ecological Transition Elisabeth Borne assured Wednesday.

"We are going into the hard part, but we have made sure with EDF that all employees will find a job," said the minister on RMC. "There will be no job loss. We are taking this problem very seriously" .

"There is also special support for subcontractors, for traders, all those who lived with the power plant," she replied to those, numerous, who are worried about the economic consequences of this decision.

Before the decline in the workforce began, the EDF power plant generated nearly 2.000 direct, indirect and induced jobs. Or about 5.000 people concerned, families included. The city of Fessenheim, located in a border region with Germany and one of the poorest in Alsace, has 2.500 inhabitants.

According to studies, the loss of income from businesses located around the plant due to its closure is estimated at five million euros.