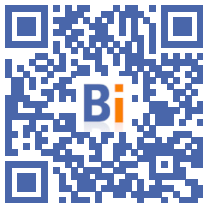 Statkraft's newly released annual Low Emissions Scenario report calls for increased action to shift the global emissions reduction course towards a climate target of 1,5 degrees. If renewable energies remain at the heart of the strategy to be implemented, the objective cannot be achieved without massively deploying clean hydrogen, according to the report.

Statkraft, the largest producer of renewable energy in Europe, draws up its Low Emissions Scenario each year, analyzing the evolution of global energy markets. The analysis is used as the basis for future Statkraft investments.

According to the report, the combined effect of lower renewable energy costs and stronger climate policies will result in carbon emissions leading to a 2 degree trajectory. To further reduce global warming, a substantial increase in political ambitions and the pace of global action is needed. In particular, clean hydrogen must go from zero to more than 5% of the total energy demand, if we want to be able to approach the path of 1,5 degrees.

“The world has been called to respond, to work in unison to slow the warming of our planet. It is the mission of a lifetime, the one that will mark our generation. With the slow reopening of the world, emissions are also returning to pre-pandemic levels, reinforcing our conviction that the only way to a 1,5 degree trajectory is through an acceleration of the energy transition ”, says Christian Rynning-Tønnesen, CEO of Statkraft.

The growth of renewable energies is "unstoppable"

The report notes that green investments increased in 2020 despite the economic slowdown caused by the pandemic. In particular, investments in renewable energies increased by 7% in 2020 compared to 2019. But even if 2020 saw a record development of solar and wind energy, it will be necessary to install more than double each year by now. 2050 to limit global warming to two degrees.

Renewable costs are on a continuous downward trend. In general, for one euro invested in solar photovoltaic and wind power today, we obtain about four times more return than ten years ago. Renewable energy is already in most places cheaper than fossil fuels when investing in new capacity.

The report predicts that electricity demand will more than double until 2050 and that this will be largely met by renewable energy, which is expected to account for around two-thirds of global electricity production.

Clean hydrogen enables the rapid decarbonisation of high-emission sectors in industry and transport, and will play a key role in the energy system of the future. It will be the fourth pillar of a world powered by solar, wind and water power. On a windy day, electrolysers powered by wind power can produce massive amounts of green hydrogen.

The costs of electrolysers have fallen by 60% over the past five years. This decline is expected to continue due to automation and technological improvements. The report predicts that the investment costs for the production of green hydrogen will decrease by an additional 60% by 2050.

According to the report, 9,6% of global electricity demand will come from the production of green hydrogen in 2050, a level that rises to 20% for Europe.

The majority of clean hydrogen will go to industry: both to replace existing hydrogen consumption and to eliminate emissions in industries where direct electrification is impossible or too expensive, for example in the steel industry .

Electrification is the main tool for reducing CO2 emissions. The share of electricity in final global energy demand will more than double to reach 47% in 2050.