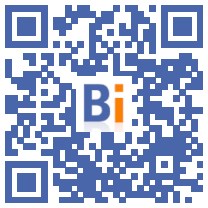 Voted on July 12 by parliamentarians in a joint committee, the Climate-Resilience bill aims to accelerate the fight against global warming. As such, the bill tackled one of the main blind spots in the deployment of electric vehicles: the installation of charging stations in buildings.

It thus removes a strong constraint to the development of the zero-emission automobile and is fully in line with the implementation of the recovery plan mentioned by the President of the Republic in his address to the French on July 12.

For Brice Lalonde, president of the Équilibre des Énergies association and former Minister of the Environment: “This is very good news, today most of the obstacles to recharging electric vehicles in homes have been lifted. Now we have to think about the next move and without further delay urge the French to equip themselves with smart charging stations ”.

Towards equipping buildings with charging stations

With nearly 45% of French people living in collective residential housing, and half of them having a car park, the issue of equipping charging stations is essential to ensure the development of the electric vehicle. However, despite the environmental laws passed in recent years, installing a charging station in an apartment building remained a complex, long and expensive process for those who wished to exercise their right to plug.

In this context, Équilibre des Énergies welcomes Article 26 bis, which creates a financing mechanism for condominiums that choose to install a collective charging infrastructure. Thanks to the latter, each occupant will be able to supply their individual charging station quickly and when they wish. On the condominium side, the financing mechanism will make it possible to avoid having to advance costs and to have those who do not need a charging station contribute.

Smart charging: a win-win to be encouraged

The significant acceleration in the deployment of electric mobility that our country has known since the first deconfinement will lead more and more French people to acquire a charging station.

Now, the latter can be intelligent, that is to say, it is able to charge the vehicle at the best time in the interest of the consumer and the electrical system. Generally, recharging will be done at the time of peak renewable electricity production or at night when demand is at its lowest.

Thus, in addition to reducing consumers' bills, smart charging makes it possible to promote renewable energies and reduce the power demanded on the network.

Équilibre des Énergies invites the public authorities to encourage the equipment of French people with smart charging stations by increasing, in the next finance law (PLF 2022), the tax credit for energy transition (CITE) allocated to this type of 'equipment.