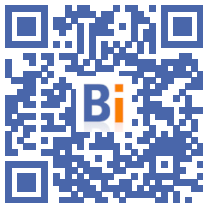 The National Assembly adopted at first reading Tuesday, May 4, 2021 the Climate and Resilience Bill. This text was the subject of one of the longest parliamentary debates of the Fifth Republic: in line with the ambitions it carries.

This bill is first and foremost the embodiment of a new way of doing politics, of participatory democracy in action. It is, in fact, the faithful translation of a very large part of the proposals of the 150 citizens drawn by lot from the Citizen's Climate Convention. Most of the other measures have already been put in place by the Government.

Ecology in our daily life

The 110 hours of debate in the Assembly made it possible to enrich the bill and make it even more ambitious. This text brings ecology into our daily lives and acts in climate matters on all its aspects:

A law to push French society into the ecological era

In the same way that the founding laws on press freedom or secularism rooted essential principles in the Republic at the dawn of the 20th century, the law resulting from the work of the Citizen's Climate Convention will permanently anchor ecology. in our contemporary society.

This text has already innovated in the way in which laws can be constructed based on a more participatory democracy. It will also allow us to transform our model of society and growth and to initiate profound changes.

With this law, the ecological cause will integrate the daily life of the French and will support them sustainably in their choices of travel, housing, consumption, production.

It is a law which aims to cross the "last mile" of the transition, the most crucial: the one which leads to real change in our lifestyles. This text aims precisely that, by making ecology penetrate at the heart of the French model and by concretely irrigating the French society in what it has most fundamental: school, public services, life in business, Justice, but also housing and town planning, advertising, mobility to get to work or on vacation.

This law will not only act on the structures of the economy to accelerate its decarbonization, it will innervate our culture, by promoting environmental education, responsible advertising, and more sober consumption.

It is to France's credit to lead these transformations at a time when we are facing a major health crisis coupled with an economic and social crisis. As we collectively realize our vulnerability than ever before, we have a duty to prepare for the greatest systemic threat of the coming century. The duty to act for a more sober and more resilient society, in which our fellow citizens will live better and be able to cope with the shocks of climate change.

This bill complements and accelerates the major laws of this five-year term on ecology, such as the agriculture and food law, the climate energy law, the mobility policy law or the anti-waste law for a circular economy; as well as the recovery plan, which includes an unprecedented amount of 30 billion euros in green investments over the next two years. Our country is now preparing a transformation law around 6 major themes, which will occupy parliamentary life for several weeks and generate structuring societal debates for our future.

All these policies put us on track to meet our climate objectives and lay the foundations to go even further in the ecological transition.

The provisions presented in this press kit zoom in on certain key measures of the 69 articles that make up the bill on the fight against climate change and strengthening resilience in the face of its effects, known as “Climate and Resilience”. After having been presented to the Council of Ministers, the project will be submitted to the Parliament to which it will belong, as provided by our constitutional rules, to validate the content at the end of a process of several months, until an adoption probably at the end of summer 2021.

All this, we owe it to an unprecedented democratic experience, desired by the President of the Republic: the Citizen's Convention for the Climate. An experiment to find the answers to the question of the climate emergency, but also to ensure the social acceptability of the proposed measures.

An experience that few believed when it was launched 18 months ago but which, thanks to the seriousness and investment of 150 citizens drawn by lot, as well as the personal commitment of Emmanuel Macron, has created today the conditions for profound change.

The Climate and Resilience Bill is expected in the Senate in June.