The climate bill will be adopted at the end of July 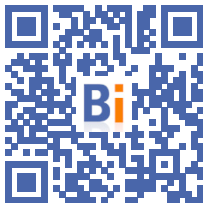 After nine hours of marathon discussions, deputies and senators reached an agreement on the climate bill, paving the way for final adoption at the end of July, despite the disappointment of the left and environmental NGOs.

Gathered until late at night from Monday to Tuesday for a joint committee among "the longest of the Fifth Republic" according to the government, the parliamentarians of the two chambers found a compromise on this dense bill, inspired by the proposals of the Citizens' convention for the climate.

Presented in early 2021, the “climate and resilience” bill reflects part of the 146 proposals of the Citizen's Climate Convention that Emmanuel Macron retained. They range from the elimination of certain domestic overhead lines in the event of alternatives of less than 2 hours and 30 minutes by train to the ban on rental of thermal sieve accommodation.

Associated with other laws and the recovery plan, this text "allows" France "to move towards the objective of -40%" of greenhouse gas emissions by 2030, ensures the entourage of the minister.

During the joint commission, the Senate dominated by the right "returned to the environmental setbacks which were red lines for the government, on the artificialization of soils, vegetarian menus and even the energy renovation of housing", said - congratulations to Matignon.

"We must salute this ability to overcome political divisions to advance ecology ever further," said Minister of Ecological Transition Barbara Pompili on Twitter. More than a hundred application texts are expected, in the wake of the final votes of the Assembly and Senate next week and the promulgation of the text.

According to the LREM rapporteur to the Assembly Jean-René Cazeneuve, "one of the hardest fights" between deputies and senators has focused on the extension of low-emission zones, without polluting vehicles, to metropolitan agglomerations of more than 150.000 inhabitants by December 31, 2024.

The deadline was not relaxed as the senators demanded, but they obtained the experiment of a zero rate loan for the purchase of clean vehicles intended for the inhabitants in the vicinity.

Concerning the installation of wind turbines, the deputies opposed a right of veto of the mayor desired by the Senate. But "without questioning the objective", the mayor will be able to give "his opinion", according to Jean-René Cazeneuve.

The deputy evokes a text "supplemented" by other elements from the Senate to develop hydroelectricity, involve local communities more or strengthen the support component, in particular on the sustainable mobility package.

"We have shown that we had a real awareness of the problem and that we also wanted to link everything that was climate with the economy," said Senator Jean-François Longeot, centrist chairman of the commission to AFP. regional planning and sustainable development.

"Everyone had totems" but "we managed not to be lower bid", according to the deputy MoDem Erwan Balanant, who underlines the "ten days of negotiations upstream".

"If a rescue operation has been carried out by parliamentarians on a few measures (low emission zones, vegetarian menus, etc.), there have been no miracles and the law remains very far from the climate objectives and the expectations of the citizens ", in the eyes of WWF France.

This CMP agreement "comes down to the lowest common denominator between the chambers", also criticized the Socialists, pointing to "a cheap deal, a failure for the planet".

On July 1, it is the Council of State which gave nine months to the State to take "all the useful measures". The highest French administrative court noted that France's current trajectories do not allow it to meet its commitments under the Paris Agreement.