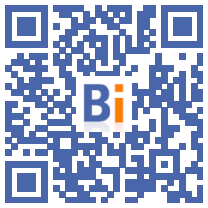 The mayor of Paris, via the PCF deputy for housing Ian Brossat, wants to study the feasibility of quota of furnished tourist accommodation, or even their ban, "in tense areas" of the capital, in a wish that will be presented to the Council of Paris on Tuesday. .

The Parisian executive wishes "to experiment, in connection with the State, a system of quotas or prohibitions by street or by district in the tense areas of Paris", according to the text which takes up one of the proposals resulting from the consultation of 26 citizens, drawn by lot, conducted between January and February.

This "citizen's opinion" is inspired by the example of Barcelona, ​​a pioneer city in the regulation of rental platforms such as Airbnb, Booking.com, Tripadvisor or Abritel / Homeaway, and targets areas very popular with tourists, such as the center of Paris, the Marais and Montmartre, and facing a housing shortage.

"The idea is to launch a study on the subject to see what such a system could look like in Paris and to what extent it would be useful," Mr. Brossat told AFP.

"If, at the end of this study, this proves to be relevant, it will in any case require a legislative change", underlines the Communist deputy of the mayor PS Anne Hidalgo. "We have a small window with the 4D law, the new decentralization law, which should pass in the summer."

Within the framework of this bill, the team of the mayor PS Anne Hidalgo wants to obtain from the legislator that it "authorizes the communes wishing it to have the possibility of adapting the regulation of tourist furnished to local specificities".

If it succeeds, the Parisian executive thus plans to "submit to authorization any tourist rental of accommodation", instead of the declaration system currently in force.

"The vast majority of hosts on Airbnb are residents who occasionally rent their own accommodation," underlines the site according to which 95% of the entire accommodation offered on the platform was rented in 2020 for less than 120 days, the ceiling authorized for main residences.

The City of Paris won a legal victory in February, the Court of Cassation judging its regulations to comply with European law, allowing it to prosecute hundreds of unscrupulous donors.

With this decision, an apartment can no longer be legally rented for more than 120 days a year on a platform like Airbnb, without having requested a very restrictive and, de facto, dissuasive change of use.

The Court thus validated the very restrictive mechanism known as "compensation" which goes hand in hand: an authorization is issued to the owner wishing to dedicate a second home to short-term tourist rental, only if he buys an equivalent surface - even double in certain areas, to transform it into a dwelling, in order to compensate for the "loss of accommodation".