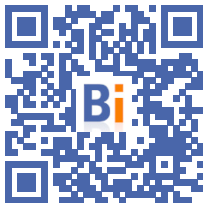 The redevelopment project around Notre-Dame de Paris, funded by the City in the context of the reconstruction of the fire-damaged cathedral, will be unveiled in June 2022, said the executive of Mayor Anne Hidalgo.

The elected Socialist unveiled during a press conference at the Town Hall the four finalist "multidisciplinary teams" - each bringing together architects, heritage architects, town planners, landscapers - engaged in a "competitive dialogue" for nine months before the selection of the winner by the jury at the end of June 2022.

This two-round selection process, with an intermediate jury at the end of January 2022, should help "mature" the projects, "in particular on the issue of visitor flows" in the cathedral, estimated the first deputy PS Emmanuel Grégoire.

This redevelopment, funded to the tune of 50 million euros by the City - an amount initially planned as a contribution to the restoration of the cathedral - will start after the 2024 Olympic Games, confirmed Emmanuel Grégoire, without indicating an end-of-year horizon. works.

By redesigning the square, its basement consisting of a two-level car park and the archaeological crypt, access to the Seine below, the two squares located at the foot of the chevet and at the eastern tip of the island of the City, as well as the adjacent streets, Mrs. Hidalgo wants "to install Notre-Dame in a new setting".

Emphasizing an "unsatisfactory" access before the fire and the health crisis, when the cathedral received "between 12 and 20 million visitors per year", the presidential candidate reiterated her desire to "ensure a dignified reception" via the transformation of the forecourt and the parking in the basement.

The latter will have to offer visitors luggage storage, toilets, information center, according to the town hall's plan. However, "we do not want the whole place to be bunkerized", insisted the rector Patrick Chauvet, associated with the selection and attached to "a place of openness".

Ms. Hidalgo plans a "sober and delicate intervention on the architectural plan, impactful on the landscape plan and ecologically responsible". The plant will have "an important place" but will have to "correspond to what this cathedral is", promised the mayor, of which another priority will be to find an "articulation between the basement and the Seine" below.

The schedule for the work of the cathedral itself should be held for a reopening in 2024, General Jean-Louis Georgelin, president of the Public Establishment in charge of reconstruction, reaffirmed Wednesday, announcing 842,8 million euros of donations collected.