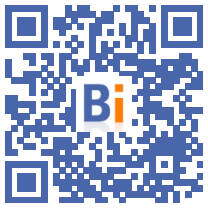 "A double-glazed window costs about 10.000 euros, we have 148": whether private or public, the Loire castles are facing the increase in the cost of energy by trying to reconcile protection of the heritage and investment in modern technologies.

As winter approaches, the owner of the Château de Meung-sur-Loire (Loiret) Xavier Lelevé is worried about his heating, gas and electricity bill, which is usually around 15.000 to 20.000 euros. But not this year...

"It will be multiplied between five and ten. It is not possible to explode the energy budget in this way", he laments.

Increases which, as in many companies, "immediately impact operations" and slow down investments in conservation. Just like the sometimes complicated dialogue with public heritage services, such as the Regional Directorate of Cultural Affairs (Drac).

In a part closed to the public of this castle classified as a Historic Monument, Xavier Lelevé details the windows. Some are in very poor condition and the adhesive tape on the woodwork offers only a very limited defense against the onslaught of cold.

But others are new. The result of intense negotiations with the Drac, they were manufactured with ultra-precise specifications to respect the aesthetics of the building.

Far from administrative obstacles, Charles-Antoine de Vibraye chose to do nothing. And too bad if the bill climbs, the success of the castle of Cheverny (Loir-et-Cher), inspiration of the Moulinsart of Hergé, allows him to absorb the increase in fuel oil, of which he consumes 30.000 to 40.000 liters per year.

The squire does not envisage insulation either: "If you trap the heat, you are doing good to potential fungi and insects which will eat your wood. I believe that heating should be limited to the strict minimum so as not to not upset this healthy cycle of thermal exchanges inside a monument."

Still, period furniture keeps better in a controlled atmosphere: "It's a bit the limit of my reasoning. You have to make sure to have a minimum heat. The castle is heated on two thirds of its surface , but in particular in the rooms visited, with historical furniture."

Not far from there, Chambord lights its fireplaces. At the foot of Leonardo da Vinci's staircase, four large logs gently feed the hearth, the only source of heat for the visitor.

But the offices, shops, forty or so houses on the estate, as well as the forest pavilions are heated.

"The bill has doubled in two years. We have gone from 260.000 euros to more than 600.000 in the provisional budget for 2023", regrets the director of the National Estate Jean d'Haussonville. On a budget of 30 million euros per year, this sum represents the equivalent of two temporary exhibitions and a festival.

For the director, the rise in prices only accelerates "the reflection on virtuous sources of energy". Chambord therefore quickly launched two studies to go green: one on the installation of photovoltaic panels on the roofs of technical sheds, the other on geothermal energy and biomass heating, just to take advantage of the forest.

In the coming months, the estate intends to invest in its 50 km2 forest by installing a sawmill, opening up the possibility in the longer term of using its wood for heating.

In the meantime, the castle belonging to the State is trying today to reduce the bill thanks to a computer system for the technical management of the buildings.

"It's software that allows you, for example, to turn off the lights if there are no longer any occupants in a room and to reduce the heating at night to 8°C", appreciates the director.