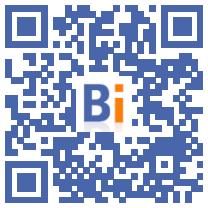 On Friday January 14, the chambers of commerce and industry issued several proposals intended for candidates for the presidential and legislative elections in order to respond to the problems of the French economy, from competitiveness to reindustrialisation.

Among the proposals of the CCIs, we find the need to train young people, particularly in shortage occupations, but also the important role of local shops in the "reconquest" of rural and urban centers and the protection of the French productive fabric as well as the its support to boost French exports.

The CCIs, which represent 3,8 million companies in trade, industry and services, therefore expect support for work-study and apprenticeships with, for example, aid for companies and training centers but also for the promotion of continuing education.

According to the CCIs, entrepreneurship must be a specialty course during the baccalaureate and an “accompanied driving” system for those who wish to start or take over a business must be created.

In order to fight against competition from online commerce, the CCIs propose the creation of a "national aid fund dedicated to commerce in urban and rural areas" and expect "tax equity" and "tariff differentiation" to support physical shops.

They also propose to mobilize public funds to help "structure" the industrial sectors and to "multiply the shared technological platforms available to VSEs-SMEs" as part of the reindustrialization of the country.

Finally, to increase French exports, the CCIs proposed “the introduction of a tax credit for SMEs proportional to the increase in their export turnover”.

This list of proposals also includes suggestions for financing the digitalization of companies and their ecological transition, or even encouraging the consumption of Made in France products.