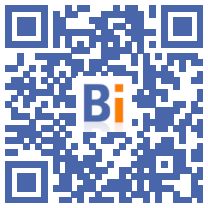 Faced with the climate emergency again underlined by the latest IPCC report, the need to accelerate the energy transition by stepping up investment in renewable energies seems to be shared by the greatest number. And all the more so when the war in Ukraine highlights the problem of Europe's and France's dependence on fossil fuels.

It nevertheless appears that the implementation of the energy transition is accompanied by local disputes. Several factors underlie them: first of all, a lack of coordination and territorialization of these infrastructures which are nevertheless very visible and which modify the balance of a territory and its landscape, in particular in rural areas because of their low density. Then, a feeling of injustice between urban centers that consume more energy and rural areas whose population may feel that they are suffering the disadvantages of the energy transition, without seeing any direct benefits. There is also a lack of clarity on the understanding of the challenges of energy transition, on the legitimacy of renewable energy projects and the fair distribution of efforts and benefits.

This is why the Prime Minister has referred the issue of the acceptability of new energy transition infrastructures to the ESEC. In its opinion, the ESEC formulates 23 recommendations to promote informed expression by all audiences on the local acceptability of projects, allow their possible appropriation and engage in collective reflection on national and territorial choices of energy transition, including:

Adopt a readable and shared trajectory

The ESEC recommends developing industrial sectors and employment, via call for tender clauses for example, and measuring the corresponding employment.

The ESEC recommends organizing at the level of departments, regional natural parks or intermunicipalities, voluntary energy-climate-landscape consultations, allowing the stakeholders of the territory to orient their choices between the possibilities of RE and the sobriety efforts.

The ESEC recommends systematizing consultation prior to renewable energy projects when no process is imposed by the environment code. Once this has reached a consensus, the EESC recommends implementing an accelerated project authorization procedure.

The ESEC calls for the effective establishment of a mediator for wind power and more broadly for renewable energies, drawing inspiration from consumer mediators.

The ESEC reiterates its recommendation to the public authorities to strengthen the human and financial resources of the central and decentralized services of the Ministry of Ecological Transition with sufficient time to carry out their mission of expertise, instruction and control.

The ESEC recommends clarifying, in the regionalized PPE and the national PPE, the contribution of the territories to the objectives of the national low-carbon strategy. The new imbalances between territories induced by the development of renewable energies in sparsely populated areas for the benefit of national consumption should be the subject of reciprocity contracts.

The ESEC recommends devoting part of the cost of RE project sites to local businesses and jobs, rebalancing the tax benefits in relation to the impacts, diversifying the methods of project financing and encouraging environmental co-benefits

Finally, the ESEC recommends strengthening education on ecological transition to raise awareness among as many people as possible.