Rent caps better respected in the Paris region, according to a study 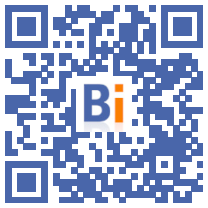 The rent cap was better respected in 2021 in the municipalities which applied it in Ile-de-France, according to a study by the consumer association CLCV published Thursday.

Of the 1.560 online ads reviewed from August 2021 to February 2022 by CLCV (Consumption, housing and living environment) in Paris and in the Plaine Commune intermunicipal community, north of the capital, 66% respected the cap, compared to 60% in 2020.

This measure consists of setting a maximum price per square meter for real estate according to several variables (district, date of construction, furnished or unfurnished accommodation, etc.).

It is possible to derogate from it if the accommodation has special characteristics.

Applied in Paris since 2015, with an interruption forced by the courts in 2018-2019, the system has since been extended to other cities: Lille, Lyon, Villeurbanne, and the intermunicipalities of Seine-Saint-Denis Plaine Commune (around de Saint-Denis) and Est Ensemble (between Montreuil and Bobigny).

Montpellier will be added from July 1 and Bordeaux by the end of the year.

According to the CLCV study, the amount of the average excess for outlaw ads is 118,98 euros per month.

Housing managed via an agency respects the framework much more than those rented directly by the lessor (79% against 55%), notes the association.

Unprecedented fact, furnished rentals respect the framework more than unfurnished ones in Paris, whereas they were less in the nails before and still are in Plaine Commune.

CLCV sees this as an effect of the pandemic and the desertion of tourists. “There is no doubt that the (Covid) health crisis has had a significant impact here. Faced with the impossibility of making seasonal rentals, the owners of furnished accommodation have returned to traditional leases, leading to a marketing many dwellings, resulting in a drop in prices", estimates the association.

It calls for a broader application of the measure, throughout the Paris conurbation, and more frequent and more dissuasive fines for offenders.