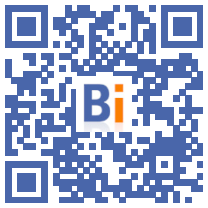 The construction companies had accepted the elimination of Non-road Diesel (GNR) on July 1, 2021 despite the significant increase of 50% of this item in their expenses, due to the commitments made by the government: the creation of a fuel specific to the construction industry and the development of a list of machinery and equipment that must / can use this new colored fuel.

To date, no commitment will be implemented by the Government on July 1. An unacceptable situation denounced by CAPEB, especially in a context of health crisis and shortage of materials which has contributed to weakening the profitability of craft construction companies.

The CAPEB therefore calls for the postponement of the abolition of the GNR for an additional year and joins the movement that the CNATP plans to organize in the departments on May 28 and / or 29 via the departmental CAPEBs which will determine, as close as possible to the field, the modalities of their participation while respecting republican values ​​and avoiding any overflow.

Jean-Christophe Repon, President of CAPEB, specifies: “The current economic situation, combined with the elimination of RNG under inappropriate conditions, could deal a fatal blow to certain construction companies weakened by the crisis. Faced with this non-fulfillment of the government's commitments, we have decided to join the citizen movement initiated by the CNATP which will take place on May 28 and / or May 29 throughout France, while respecting barrier gestures and republican values. "