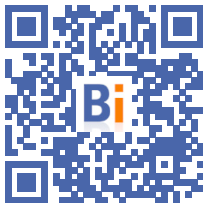 To help small-scale building companies cope with an unprecedented context of continuous rise in the price of materials, CAPEB has taken the initiative to stimulate an unprecedented movement of economic solidarity within the building sector.

Since its launch last April, which brought together 8 manufacturers and distributors, this movement has continued to grow and now brings together 40 partners*, committed alongside craft building companies to limit the impact of this increase.

“The continuous rise in the price of materials has a significant impact on the activity of craft building companies. If the growth of our sector were to deteriorate permanently, the economic repercussions for the building sector as a whole would be strong. The actors are aware of this. The significant number of partners that we have managed to bring together testifies to this and is completely unprecedented.” says Jean-Christophe Repon, President of CAPEB.

The activity figures for the 3rd quarter of 2022 show a slowdown in growth for all trades, falling from 3% to 2% in volume. With a 26% rise in the price of materials, craft building companies report a deterioration in their margins (balance of opinion at -39 points, with 42% of companies reporting a fall in their margins). Their order books are however full but the context plunges them into a situation of unprecedented unpredictability which makes the exercise of their activity very complicated. Being able to anticipate price increases is essential.

This is the whole purpose of the action carried out by CAPEB which, in its call for economic solidarity, called on the actors to commit to the following three points:

CAPEB welcomes the commitment of 8 new industrialists and distributors** at its side, who thus join the 24 players who responded on November 9 and the 8 partners from the start. This action will necessarily bring serenity to the craft building companies and will contribute to preserving the level of activity of the sector as a whole. It thus completes the work of the reflection mission on the essential transparency of the prices practiced within the building sector that CAPEB obtained last October from the Economic Affairs Commission of the National Assembly.