CAPEB adopts a strategic transformation plan and a roadmap 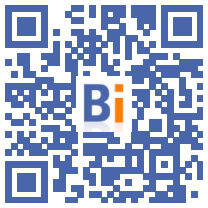 The CAPEB network adopts a Strategic Transformation Plan, to be even more efficient in supporting craft construction companies, and clearly defines its orientations in economic, social, technical and skills matters through 4 resolutions.

The CAPEB eagerly welcomes the Assises du bâtiment announced by Bruno Le Maire during the official session. Finally, it intends to feed its reflections for the future of small construction companies, as it began to do on 22 April within the framework of its Congress.

On the occasion of its General Assembly held in Paris on April 21 and 22, 2022, CAPEB adopted a strategic transformation plan, the CAP CAPEB plan, fed by the reflections and proposals of its entire network. for over a year. Through this plan, CAPEB intends to adapt and modernize its current practices to better meet the needs and expectations of craft building companies, and to revitalize its entire network by relying in particular on its skills.

Gathered in General Assembly, the presidents and delegates of the departmental CAPEBs also adopted four resolutions summarizing their priorities in the fields of the economy of building trades, techniques and professions, skills and vocational training and finally , social protection and employment.

Validated by the delegates unanimously during this General Assembly, CAPEB will publish in the coming days its activity report for the year 2021 which will also be posted on its website. capeb.fr.

Finally, during the official meeting it organized on April 22, CAPEB welcomed the representatives of the two presidential candidates. In view of Sunday's results, CAPEB therefore takes note and retains the proposal announced first by Bruno Le Maire, as representative of the candidate Emmanuel Macron, who invited CAPEB to participate, after the legislative elections, in the Assizes of the building. CAPEB welcomes this initiative, which is indeed necessary, given the crisis in the construction sector in terms of prices and supplies.

CAPEB also welcomes the positive opinion of Bruno Le Maire, expressed in response to a question posed by CAPEB, regarding the modification of the rules for measuring representativeness proposed by CAPEB and U2P, so that TPE can occupy their rightful place.

In the meantime, CAPEB continues to bring its demands and priorities to the candidates for the legislative elections, summarized in its White Paper.

For Jean-Christophe Repon, President of CAPEB: “The CAPEB can be delighted to have a mature network that is determined to modernize to be even more effective in supporting construction companies on a daily basis. The transformation plan, CAP CAPEB, will enable CAPEB to strengthen its assets for the benefit of all. As the Congress debates that we organized on April 22 showed, craft building companies can strengthen their position as leaders in the years to come and have good prospects ahead of them in terms of activity. They know how to adapt but will have to reinvent themselves, despite the environment and the strong competition they have to face. »