The Building welcomes the extension of the zero-interest loan until the end of 2023, but is worried about the future tightening announced 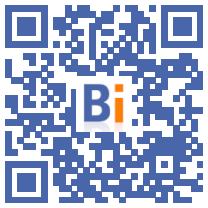 The zero-interest loan mechanism is extended for one year until the end of 2023, Housing Minister Emmanuelle Wargon announced on Wednesday, and the resource conditions to access it will be maintained.

The "PTZ", which helps households to access property, "was to stop at the end of 2022, it will be extended until the end of 2023", declared the minister on BFM Business.

The means test, which the government planned to modify, will not ultimately change, she also indicated.

"We had envisaged a reform in which we changed the way in which resources are taken into account (...), it is very complex to carry out and therefore we will not do it on January 1, 2022, so it is maintained as it is until 'at the end of 2023, "said Ms. Wargon.

The "PTZ" is aimed at individuals who buy their own home, and makes it possible to apply for partly interest-free loans from banks.

The Pinel Law system, intended for future owners who intend to rent their property (they are entitled to assistance with the purchase if they undertake to ask for a rent below the market), is for its part maintained "until the end. 2024 ", added the minister, who will present the" Pinel + "next week.

According to the minister, this decree will include "both environmental criteria and quality criteria, minimum square meters per size of apartments for example".

The FFB welcomes the extension of the PTZ, which gives visibility to the players and will make it possible to avoid the usual ups and downs during the budget discussion phase.

The FFB, on the other hand, is worried about the announced tightening of Pinel. In fact, we very rarely know from the outset of a project the use that will be made of the housing it comprises. The planned measures will therefore complicate the construction rules for the entire collective in metropolitan areas. However, no help is planned to compensate for these new requirements.

For Olivier Salleron, the president of the FFB: “The long-term extension of the PTZ is good news, but above all, it is important to avoid further destabilizing the construction of collective housing in tense areas, while the very recent Rebsamen report has clearly revealed the crisis affecting this segment. The new requirements announced for the successor of Pinel do indeed constitute a risk in this regard. In addition, a few weeks before the entry into force of the RE2020, which will result in an average additional construction cost of around 5% in 2022, the FFB recalls that support for households is essential to pass this step. virtuous. It has also proposed the establishment of a tax credit on mortgage annuities. "