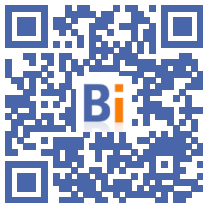 For all new housing, building permits plummeted in 2020 by 14,7%, the organization said on Wednesday, which represents 1.040 members in the various residential housing markets.

In 2021, permits could fall again by 9,1% over one year, according to a press release. "It is a historic crisis in new housing looming," warns the FFB.

This sector "has been the big forgotten" of the government's recovery plan, he lamented during a press conference and there is "urgent need to act" in the face of the number of building permits which "tumbles"

In 2020, the new home market (excluding housing estates) fell by 8,5%, under the weight of the health crisis and "the tightening of loan conditions" a year ago to limit the household over-indebtedness, according to the FFB.

The High Financial Stability Council (HCSF), which brings together the Ministry of the Economy and the Banque de France, among others, finally decided in December to relax these rules limiting the granting of mortgage loans.

For collective housing, the situation was "catastrophic" with listings that fell 27,4% to 76.588 units, according to the organization.

This dropout in 2020 is due to the slowness of the instruction of town planning authorizations and the signing of notarial deeds due to the health crisis, but also, according to the organization, to "the wait-and-see attitude of local elected officials to l 'approach to municipal elections and the questioning, even freezing, of many projects by the new teams ".

The organization also sees three "major pitfalls" in 2021: the effect of the hardening of mortgage loan conditions, that of the "additional costs" generated by the new environmental regulations and the consequences of the measures "in the fight against artificialization. soils which already accentuate land scarcity and therefore the supply of building land and affordable housing ".