The building resists as French companies struggle in June against inflation 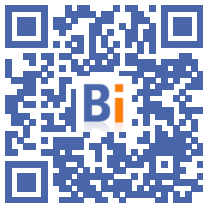 Activity and morale are settling: companies are struggling in France in June, penalized by inflation which is weighing on demand and costs, according to two indicators published on Thursday 23 June.

The growth of activity in the private sector in France markedly stalled in June, falling from 57 points to 52,8 points, thus falling back to its pace of January in the midst of the Omicron wave, according to a provisional index published Thursday by S&P. Global, and closely followed by the markets.

A rate above 50 marks an expansion of activity, a rate below this limit a contraction.

"Excluding this slowdown in growth at the start of the year, the expansion in activity observed in June is the weakest since April 2021," S&P said in a statement.

Manufacturing output even declined this month, "weakened by falling demand and continuing supply difficulties", while overall activity in the sector increased slightly, but at the lowest pace since 19 months.

In services, it is the uncertainty about the deterioration of the economic situation that is slowing down activity, and the risk of a contraction in the coming months cannot be ruled out, estimates Joe Hayes, economist at S&P Global, quoted in the press release.

Business confidence also fell to its lowest level in 19 months, with inflation and its impact on demand particularly worrying business leaders.

A finding that joins the business climate indicator also published Thursday by INSEE.

It deteriorated slightly by 2 points compared to May, reflecting a drop in optimism in the services sector and in retail trade, at a time when inflation in France reached levels not seen since the 1980s, curbing household consumption.

Conversely, the business climate improved a little in the building sector (+1 point), testifying above all, however, to a more favorable opinion of their past activity than to greater optimism for the future, as well as in the industry (+2 points), with better production prospects.

At the same time, the general employment climate deteriorated in June for the third consecutive month, particularly in services, temporary work agencies and retail trade, even if it remains above its long-term average, notes l 'Insee.

"The slowdown in the French economy is also aggravated by a new rise in political uncertainty", with the absence of a clear majority at the end of the legislative elections, also underlined Joe Hayes of S&P Global, who notes that the results of the June survey "therefore highlight tangible risks of recession in France".

A risk dismissed at this stage by the Banque de France, which is counting in its central scenario unveiled on Tuesday on growth of 2,3% this year for the French economy.