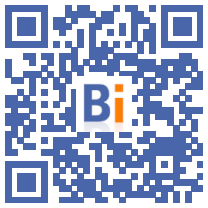 The months follow each other and are not alike. After a better start to autumn than the summer months, the start of winter is beginning with a slight slowdown in materials production.

It is true that, between the catch-up effects on the one hand, the base effects on the other, the impact of supply difficulties and other tensions on the productive system, activity is still struggling to stabilize its trend in this disturbed pandemic context for almost two years.

However, in 2021, deliveries of aggregates and ready-mixed concrete should almost return to their pre-crisis level thanks to a rather buoyant economic context on the Building side. In this sector, the business climate remains very favorable and demand is not weakening. On the public works side, on the other hand, activity has not yet returned to the level of 2019 and order books, in particular from public customers, are slow to replenish.

November, better for BPE than for aggregates

However, compared to November 2019, production also fell -3,7%, confirming the relative sluggishness of aggregates activity for this month of November. Over the last quarter from September to November, the level of production remained up compared to the previous three months (+ 1,6%) but fell compared to the same period of 2020 (- 1,1 %) and 2019 (-2,2%). Cumulatively over the first eleven months of the year, activity thus accelerated by +10,4% over one year, which leaves the levels produced just a little below those of 2019 (-0,8% ). On the BPE side, deliveries almost stabilized compared to October (-0,2%) but fell -3,5% compared to November 2020, the activity of which was also much higher (+12,7, 3,5%) in an average month of November. During the last quarter, the volumes gained + 0,3% compared to the previous quarter, stabilizing almost at their level observed over the three months of September-November of last year (- 2019%) and surpassing that observed over the same period of 3,0 (+ 2021%). Over the eleven months of 11,3, ready-mixed concrete production thus recorded an increase of +2019% over one year, returning exactly to its XNUMX level.

After a decline of -8,1% over one year in the third quarter, the materials indicator, still provisional for the month of November, suggests a trend of +10% over one year for the first eleven months of 2021. Compared to 2019 , activity in the basket of mineral materials was up +1,5% (CJO data).

The morale of building contractors is not weakening. Indeed, according to the survey conducted in December by INSEE, the business climate has gained another two points, standing 16% above its long-term average. Even more optimistic about the future development of their activity than the previous month, entrepreneurs are also more likely to judge that the level of their order books is higher than normal. In structural work, with 9,8 months of work in stock, books exceeded their average long-term level by 3,5 months. Despite an increase in the workforce, business leaders are still faced with a shortage of staff and supply difficulties continue to limit their production. In the structural work segment, more than half of the companies (57,3, 33,7%) could not produce more if needed given their current means (compared to 71,8% on average over the long term) and 50,8% find it difficult to recruit (compared to 6% on average) .As for the problems with the supply of materials, they continue to get tougher: almost a third of construction companies are faced with them in December, compared to a quarter of them 5 months ago, i.e. much more than in “normal” situation (less than XNUMX%).

On the construction side, housing start-up activity gained +0,6% from September to November, over the previous quarter, an increase mainly linked to the dynamic of single-family homes (+4,4% against -2,1, XNUMX% for the collective, CVS-CJO data).

With regard to permits, their number fell by -1% over the last three months (September to November) compared to the three previous months with a contrasting dynamic between the individual segment (-4,2%) and that of the collective (+ 1,7%) (CVS-CJO data). In total, over the eleven months of 2021, authorizations to build housing increased by +21,5% over one year (including +29% for individual and +15,9% for collective excluding residences) and also posted an increase compared to 2019 (+ 5,9%, of which + 11% for individual and - 0,6% for collective excluding residences). This dynamic should fuel construction activity in 2022: in its latest forecast scenario, the French Building Federation expects housing starts to increase by +2,1% in 2022 (to 398 units).

These developments are, however, not very consistent with, on the one hand, the very favorable assessment that building companies have of activity in the non-residential sector (INSEE surveys) and, on the other hand, the initial budgets of local authorities which announced a strong increase in building expenditure for 2021.

The annual construction activity data review exercise that will take place next month may help to clear up some questions.

Public works: waiting for the rebound in orders

After a third quarter in decline, public works activity resumed its recovery in October but is struggling to return to pre-crisis levels. Over the first ten months of the year, the level of invoicing increased by +12,9% over one year but remains -2,8% below that of 2019. Even more worrying, the level of order intake ( - 18,3% compared to 2019), particularly from public customers, from whom we would be entitled to expect a real rebound more than a year after the municipal elections and in response to the Recovery Plan.