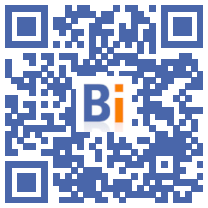 While materials activity had shown itself to be rather resilient at the very start of 2022, the latest data available for March suggest that the outbreak of the war in Ukraine weighed on the productive dynamic.

A first decline in volumes was observed in March for aggregates and ready-mixed concrete, a decline that should intensify in April according to UNICEM estimates. To the constraints on supply (tensions on supplies, recruitment difficulties, etc.) inherited from the health crisis, is now added a major inflationary shock on energy (oil, gas, electricity) and raw materials which affects the entire construction industry. This surge in prices increases production costs and threatens cash flow while, in the long term, demand prospects are weakening. Even if the notebooks are gradually being replenished on the construction side and remain well filled on the building side, the execution of the work remains more than ever under constraints...

Decline in production in March

According to the provisional results of the March monthly survey, activity fell in the materials sector. Aggregates production would have fallen by -2,6% compared to February and by -2,1% compared to March 2021 (CVS-CJO data). In the first quarter and thanks to a good start to the year, volumes remained up +5,1% compared to the fourth quarter of 2021 and increased by +1,5% year on year. Activity has therefore remained dynamic during the first three months of 2022 and significantly exceeds the average observed over this period since 2010. Cumulatively over the last twelve months, aggregate production is up by +5,7 .1,9% compared to the previous twelve months. On the BPE side, deliveries also fell, by -3,8% compared to February and -XNUMX% year-on-year (CVS-CJO).

The UNICEM materials indicator, still provisional for March, also indicates a sharp decline in activity with a decline of -3,3% over one year. In fact, after a year 2021 up by +9% (CJO data), the first quarter is back on a much more modest upward trend, by +0,9% year-on-year, with certain materials having also experienced a start to year in net slowdown.

Building: the difficulties are increasing

According to the latest survey conducted by INSEE in the construction industry in April, the business climate has remained very favorable, even reaching its highest point for the past fifteen years. However, while business leaders are more positive than in March on their past activity, they are less optimistic about their future activity, even if the corresponding balance of opinion remains very well above its long-term average.

The Russian-Ukrainian conflict, at least in part, no doubt explains this withdrawal movement. Indeed, supply difficulties are clearly increasing according to the survey, since 39% of companies are confronted with them, i.e. a percentage never reached since the start of this series (1998) and well above the average ratio over the period ( 5%). In an economic context still disrupted by the pandemic (confinement in China with the zero-COVID policy) and shaken since the end of February by the war in Ukraine, soaring energy costs and the weakening of value chains and logistics are sharpening the supply difficulties, already significant before the outbreak of the conflict; because even if the opinion of business leaders on their order books is deteriorating a little, which is undoubtedly an initial signal of a weakening in new incoming orders, the volume of construction sites, in progress and to to achieve, remains high (approximately 9,4 months of structural works). Faced with this vigorous demand, pressure on inputs and labor leads to longer completion times for projects (which keeps order books at a high level) and to higher production costs. In fact, more and more business leaders are announcing that they will increase their prices in the coming months while, at the same time, cash flows are beginning to deteriorate, particularly in structural work.

On the demand side, signs of weakening are multiplying. The acceleration of inflation (including real estate) is cutting into the purchasing power and solvency of households. Although the rise in interest rates is starting from historically low levels (1,27% on average in April, i.e. +20 basis points compared to April 2021 according to the OCL/CSA), the climate of Uncertainty, the fear of unemployment and the tightening of credit conditions constitute a set of factors rather conducive to wait-and-see behavior and over-saving behavior. The latest INSEE survey conducted among developers in April indicates that demand for new housing is deteriorating sharply, prompting them to revise their projects downwards.

On the individual home side, the Markémétron barometer, which was already signaling a very slow start to the year, confirms a sharp decline in sales in the first quarter, of -25,7% year-on-year. It is true that it follows an exceptional year 2021, driven by the anticipation of the arrival of new standards and regulations on January 1, 2022 (RE2020, ZAN law). Thus, in the first quarter, building permits for housing rose by +25% over one year to reach a cumulative 496.900 units over twelve months at the end of March (i.e. an increase of +26%). At the same time, housing starts gained +4,8%, leaving the annual total at 394000 units, up +9,7% compared to the previous twelve months. Even if this sharp increase in authorizations, undoubtedly linked to the rush on permits filed before the end of December, will probably be followed by a strong backlash in 2022, it is currently fueling an already high constructive demand.

TP: the best side notebooks

Interviewed in April by the FNTP, public works contractors are less optimistic than in January about their planned activity over the coming months. However, their past activity has firmed up and their opinion on order books is improving for both public and private customers, standing well above their long-term average. If the lack of demand does not seem to constitute an obstacle to the activity (this factor appears in third position with 25% of the answers, after the financial constraints with 30% and the difficulties of recruitment with 36%), the concern and the Economic uncertainties are growing among professionals in the sector. Faced like the rest of the sector with the inflation of costs produced by the double health and safety shock, public works are struggling to solve the difficult equation which consists in being able to honor orders and carry out projects without jeopardizing cash flow.

1st quarter 2022: activity well above the average activity observed over this period over the past ten years: