The brownfield rehabilitation program extended beyond 2022 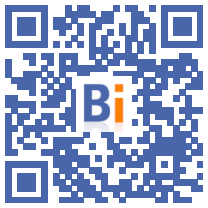 The rehabilitation of industrial or urban wasteland financed by the recovery plan will continue beyond 2022 with the "sustainability of the wasteland fund", just announced by the President of the Republic.

Reconversion of an old factory, a garage or an abandoned station, the "wasteland", initially endowed with 300 million euros in the recovery plan, has been so successful with communities that Matignon had more than doubled its amount in the spring, to 650 million euros.

The announcement of its sustainability, probably until 2026 according to the Gazette des Communes, was made by the President of the Republic on Tuesday during a meeting at the Cité de l'Architecture in Paris, on the monitoring of the program of revitalization of city centers called "Action coeur de ville".

The Elysée subsequently detailed in a tweet on Wednesday all the other measures taken to support the development of medium-sized towns, in particular by continuing "the decentralization of public services".

According to the report marking the first anniversary of the recovery plan released Monday by Matignon, the "wasteland" has already concerned more than 500 projects in France, or "1.365 hectares which will be rehabilitated and cleaned up, the equivalent of 2.500 land of football".

With a dual objective for the State, to financially support local elected officials in industrial site reconversion projects, intended to accommodate new housing, businesses or public facilities, and to fight against the artificialization of land.

Among the projects selected, the fund made it possible to launch the conversion of the former gas plant in Blois, that of Annonay, the iron mines in Caen, a barracks in Verdun or a garage in Lamballe.

In June, a parliamentary report proposed the perpetuation of this fund to "accelerate the post-covid economic rebound" in areas in economic decline.

He then presented this fund as an "anti-decline shield" in the "France of yellow vests".

The conversion of wasteland is also one of the levers used by the government to achieve its objective of "zero net artificialization", included in 2018 by Nicolas Hulot in the biodiversity plan and taken up by the Climate and Resilience law with a horizon of 2050.

In France, 20 to 30.000 hectares of natural, agricultural or forest areas are artificialized each year, one of the primary causes of climate change, erosion and loss of biodiversity.