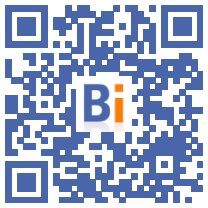 The Livret A recorded a record collection for the month of March, with 2,8 billion euros collected, according to figures released Wednesday by the Caisse des Dépôts.

This performance follows another record inflow last month of 2,86 billion euros, which was a high for a month of February.

By way of comparison, in March 2020, the Livret A had a net collection of 2,71 billion, boosted by the first confinement introduced in the middle of the month.

Considered a safe-haven investment, the Livret A, which nevertheless guarantees a historically low interest rate of 0,5% per year, had been a historic success in 2020, with inflows almost twice as high as normal, at more than of 26 billion euros, in the context of economic and health uncertainties linked to Covid-19.

The Livret A mainly finances social housing, while the LDDS is dedicated to the social and solidarity economy as well as to energy savings in housing.

Thus, the inflows recorded by the Livret A and the LDDS together amounted in March to almost 3,7 billion euros. And over the January-March period, this collection amounts to nearly 14,63 billion.

At the end of March, 462,9 billion euros were placed in total on the two books, an increase of about 10% over one year.