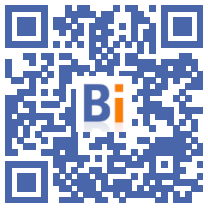 The Board of Directors of the Confederation of Crafts and Small Building Companies (CAPEB) met on May 5 to proceed with the renewal of three positions within the Confederal Office which were due to expire. In addition, the Board welcomed the entry of 4 new directors elected by the Statutory General Meeting on April 21.

The composition of the new Confederal Bureau 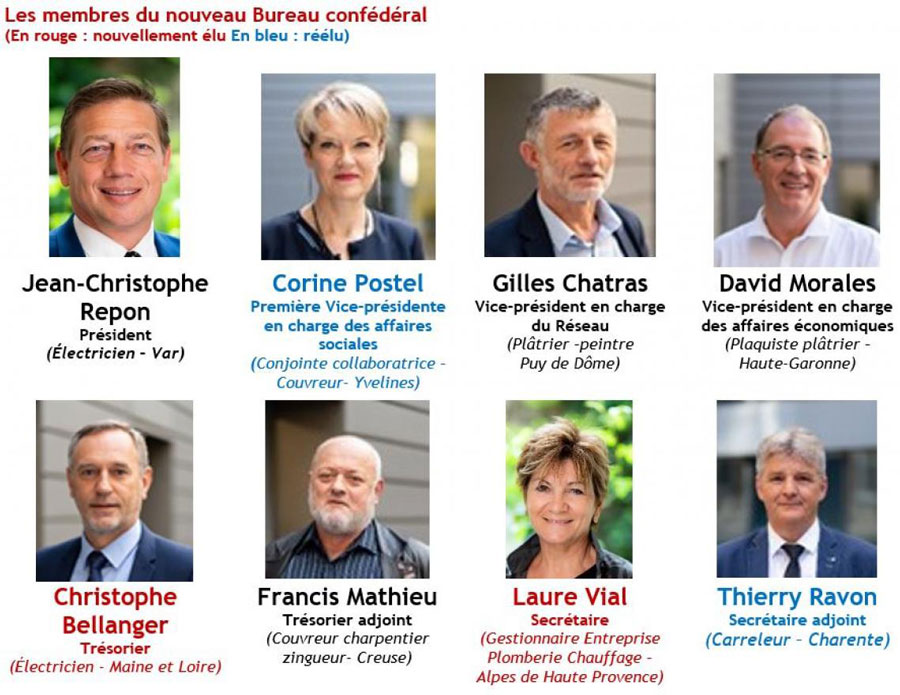 Laure Vial joins the Confederal Bureau as Secretary. Joining the Board of Directors in 2020 as an individual member, she became leader of skills and training issues in 2021 and in this capacity leads negotiations in this field on behalf of CAPEB. She runs a heating plumbing company with her son in the Alpes de Haute-Provence. Her family business has been a member of CAPEB since 1986. She chaired the CAPEB of her department from 2011 to 2020 and is vice-president of it as well as of the CAPEB PACA Corse Regional Union. She also held the presidency of the Chamber of Trades of the Alpes de Haute-Provence from 2016 to 2021.

Hervé Pruvot was elected to the Board of Directors as delegate of the 2nd elective constituency which includes the departments of Hauts-de-France and Normandy. A plumber and heating engineer, he has been a business manager since 2002 and settled in Aisonville and Bernoville in the Aisne. It employs 4 employees. Hervé Pruvot joined the CAPEB of his department in 2003 where he took on the responsibilities of assistant treasurer. He sits on the occupational health service of the construction industry, on the Qualibat departmental commission, on the CPSTI and is a member of the territorial commission of the Hauts-de-France Chamber of Trades.

Christelle Rozier was elected to the Board of Directors for the 8th elective constituency which covers all the departments of the Auvergne Rhône-Alpes region. Manager of an artisanal masonry company specializing in the restoration of old buildings and based in Claveyson in the Drôme, she provides accounting, secretarial work and surveyor-topographer missions for her company, which employs 3 employees and 1 apprentice in stone cutting. Rock. She has been registered with CAPEB since 1992 and joint associate since 2006. Christelle Rozier is 1st vice-president of CAPEB Drôme. In the AURA region, she is President of the employment training commission and of the CPREF, Treasurer of ACORA BTP and member of CREFOP and chaired the BTP CFA from 2019 to 2022.

Gilles Mailet was elected to the Confederal Board of Directors as President of the UNA Équipement Electrique et Électro-Domotique. Electrician in Doué la Fontaine, specializing in Renewable Energies, electricity, lighting and home automation, he employs 14 people. In 2000, he took over a company that had been a member of CAPEB since 1970. A professional adviser to UNA Equipement Electrique et Électro-Domotique since April 2014, he notably sits on Promotelec, where he contributes his business tips and article suggestions. He is a director of Crédit Agricole de Montreuil Bellay where he sits on the committee for professional loans and local life.

Maurice Karostch enters the Confederal Board of Directors as an individual member. In 1984, he took over the family business created in 1870 for the 5th generation. He manages it with the support of his 2 daughters and about twenty collaborators to carry out all the interior and exterior work in painting and insulation. Business manager since 2002, he has been a member since 2006. President of CAPEB Bas-Rhin and CAPEB Grand Est, he is also elected to the Alsace Chamber of Trades and 1st vice-president of U2P Grand Est. Since 2017, he has been a technical advisor to the UNIEP (International Union of Painting Contractors) and joined its executive committee in 2018 to extend his commitment at European level.

Complete alphabetical list of the Board of Directors after renewal of one third of its members at the General Meeting of April 21 and 22, 2022