The bill to support the self-employed before the Senate 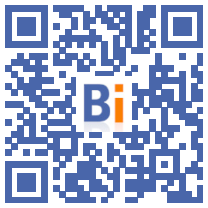 Unique status, protection of personal assets, easier access to unemployment insurance ... the Senate dominated by the right-wing opposition will begin on Tuesday the examination at first reading of a bill dedicated to some three million self-employed workers.

The text carried by the Minister in charge of SMEs Alain Griset concretizes part of the support plan for the self-employed presented on September 16 by President Emmanuel Macron. It is articulated with two other components which fall under the draft budget and the social security financing bill for 2022.

"You represent the common thread of my commitment in recent years, merit, work, risk-taking and the will!", Launched the Head of State in front of the members of the Union of local businesses ( U2P), the main organization for the self-employed.

Submitted first to senators, within a constrained parliamentary calendar, the bill will then go to the National Assembly, probably in early January, with the objective of being implemented in 2022, according to Mr. Griset.

Former president of the U2P, the minister must know on December 8 the decision of the Paris Criminal Court, while the prosecution requested against him ten to twelve months in prison for having failed to declare part of his assets.

During his hearing by the senators, he defended a plan which "meets the expectations of nearly 3 million independent workers: craftsmen, traders, liberal professionals, SMEs".

It aims first of all at the creation of a unique statute for the individual entrepreneur (EI), protector of personal heritage.

Individual entrepreneurs would thus be holders of two assets, one professional, the other personal, which would be elusive in the event of default, whereas today only the main residence is protected in the event of difficulties. This is a long-standing concern of the self-employed.

"Without calling into question the general philosophy of the reform", the rapporteur of the text in the Senate Christophe-André Frassa (LR) proposed a complete rewriting of the article, "to strengthen the legal robustness of the new statute".

The senators thus clarified in committee the demarcation between the two heritages.

They also removed certain exceptions to the principle of separation of assets provided for by the bill for the benefit of the tax administration and social security bodies.

Another important provision of the text aims to materialize the announcement by the Head of State that all the self-employed who cease their activity will be able to receive unemployment insurance once every five years.

The conditions of access to the allowance for self-employed workers (ATI), considered too restrictive, are thus extended to any total and definitive cessation of activity which is not economically viable. It will no longer be necessary to have gone through a liquidation or a reorganization.

The ATI reform will be supplemented by a decree relaxing the minimum earned income criterion.

Set up in 2019, the device has only been used by a thousand people.

Noting "an obvious quantitative failure", the rapporteur for opinion Frédérique Puissat (LR) however introduced "a review clause" to the reform deemed "early". It would be limited to October 31, 2024, with an obligation to consult the social partners no later than six months before on the results and prospects of the ATI.

The bill intends to further simplify the financing of vocational training for the self-employed.

About fifty amendments will be examined in the hemicycle, including several from the government aimed at restoring the original text.

A social component and a fiscal component, currently being discussed in Parliament as part of the examination of the budgets for 2022, complete this bill.

This mainly involves facilitating the sale of companies, too few of which in France when an entrepreneur retires, thanks to a total or partial exemption from the taxation of capital gains if the amount transferred does not exceed not 300.000 euros for sole proprietorships or 500.000 euros in the case of a complete branch of activity of a larger enterprise.