The Banque de France confirms its growth forecast at 0,25% in the second quarter 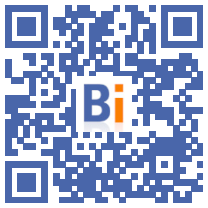 The Banque de France confirmed on Tuesday July 12 its growth forecast of 0,25% for France in the second quarter, the activity having continued to resist in particular in the services, even if it notes that the difficulties of recruitment are accentuated .

"In a difficult environment marked by the war in Ukraine and the strong tensions on the commodity markets, activity continues to resist even if the heads of companies report mixed prospects", indicates the French central bank. in its monthly business survey.

After the 0,2% decline in GDP in the first quarter, economic activity picked up again in April, accelerated a little in May, and stabilized in June, details the Banque de France, which adds that this stabilization would be confirmed in July, according to the first feedback from the 8.500 companies questioned in its survey.

It is above all services that are supporting activity, in particular certain business services (information, advertising, market research), even if others, such as transport and warehousing services, are in decline, still penalized by the difficulties of recruitment and price increases.

But overall in services, "uncertainties are on the rise again", further underlines the Banque de France, due to the resurgence of the Covid-19 epidemic at the start of summer, recruitment difficulties and concerns about the evolution of demand in the context of inflation.

With regard to recruitment, the problems encountered by companies in hiring increased further by 3 points in June and now concern 58% of companies "the highest level reached" since the spring of 2021, the date on which the Banque de France began to ask companies about it. A year ago 37% of companies said they had recruitment difficulties.

The sectors most affected are programming activities, temporary work, technical services, aeronautics and finishing work in the building industry.

Conversely, on the price front, fewer business leaders report having increased their selling prices in June, and this for the second month in a row, a sign of a "slowdown" in the rise in commodity prices. and fewer supply difficulties.

This trend "masks differences between sectors", however qualifies the Banque de France, with a situation which is still worsening in chemicals, rubber-plastics or even the wood and paper industry.

The Banque de France expects growth of 2,3% over the whole of 2022, like INSEE, while the government expects 2,5%.