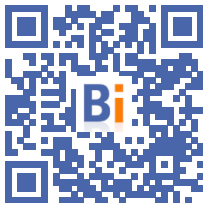 Initially planned for January 1, 2022 in the old one, the ban on installing new fuel oil boilers has just been suspended: Barbara Pompili, Minister of Ecological Transition, has announced its postponement to “mid-2022”, during a hearing at the National Assembly on June 3. In France, 3,5 million French homes use fuel oil today. From mid-2022, if their boiler breaks down and cannot be repaired, they will be forced to change their heating mode.

While the decree setting out the modalities is expected “very soon”, Hellio reveals the results of an investigation carried out jointly with FioulReduc, an independent website selling low-cost fuel oil, also auditioned for the deputy's report.
Aware that this change will impact a large number of users and anxious to offer each household the most suitable heating system, the benchmark player in energy management wished to take an interest in the behavior of fuel oil consumers as well. than their expectations. This study, to which 1.018 fuel consumers responded online between March 8 and March 26, 2021¹, reveals that nearly 1 in 2 domestic fuel consumers want to keep this type of energy for heating. In general, the decree prohibiting the replacement of fuel oil boilers is causing concern and dissatisfaction among 68% of consumers. 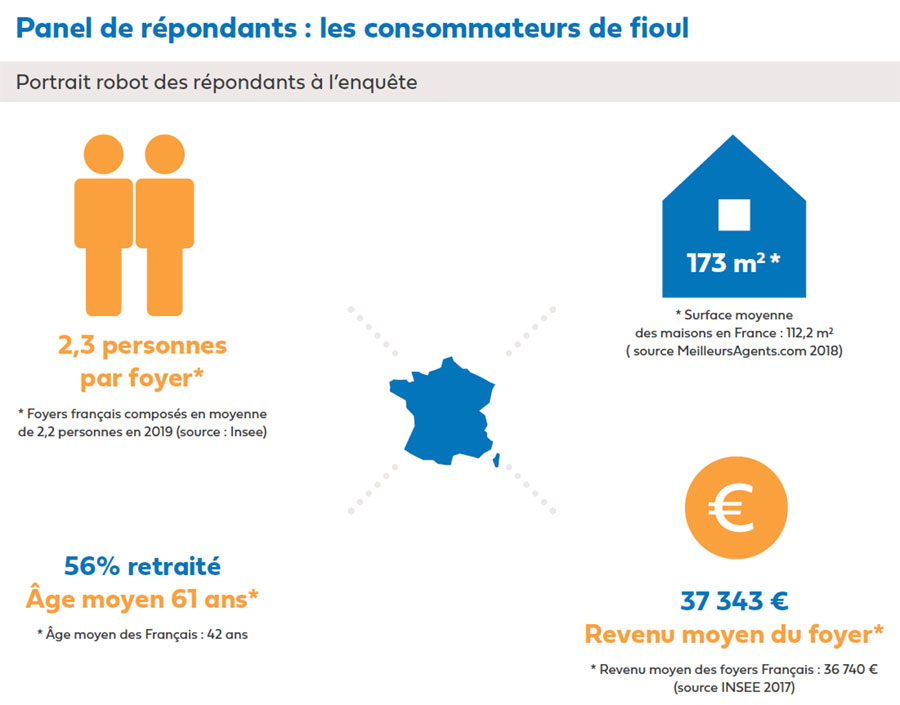 In November 2018, the Prime Minister, Edouard Philippe, set the intention to renew all fuel boilers within 10 years². With this objective in mind and after a public consultation at the beginning of the year in which Hellio took part, the publication in the official journal of the final text relating to the ban on oil and coal boilers is expected in the coming weeks.

Concretely, in mid-2022, it will be impossible to install in a home or a business a new oil-fired boiler emitting more than 250g of CO2 per kWh, i.e. all boilers running on 100% fossil fuel oil today. However, it will be possible to have the equipment in place repaired.

Exceptions are foreseen, in particular in the event of a technical impossibility of replacement, or when there is no solution for connection to heating or gas networks. 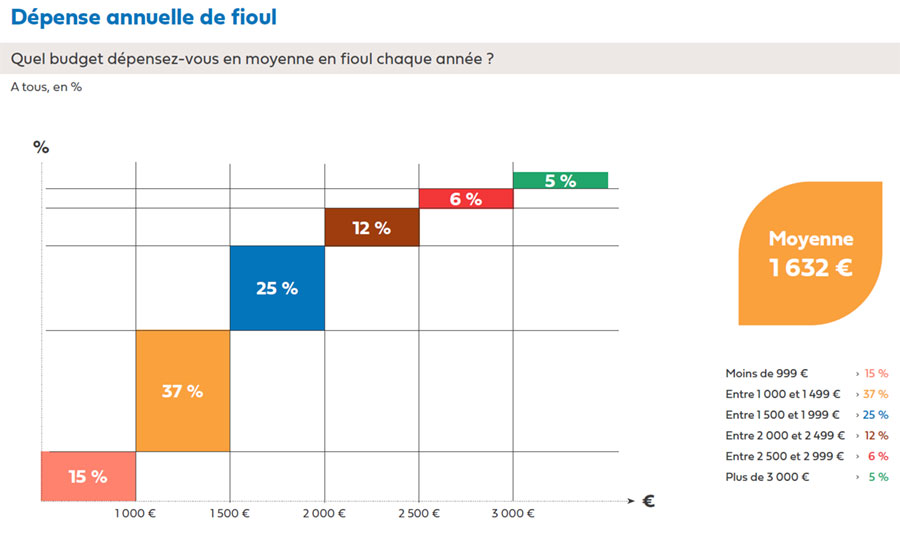 According to the results of the survey, the profile of fuel oil consumers is as follows: their household is made up of 2,3 people on average, most of them retired, with an average age of 61 years. Their average household income is € 37 and they spend on average € 343 on fuel oil each year.

These consumers appreciate fuel oil above all for its heating comfort (36%), its simplicity in day-to-day management (27%) and its reliability (20%). According to them, however, the main disadvantage of fuel oil is its variable price at 36%. The environmental impact of fuel oil is also one of the drawbacks cited.

Faced with this regulatory measure only relating to new installations, nearly one in two respondents declares that this ban will not push them to change energy in the next 5 years. The main motivation cited by consumers is the proper functioning of their installation with 47% of the responses expressed. Another significant response, 17% respond that they do not have the means to change heating energy. They are also 17% to declare that, according to their situation (geographical, connection…), the heating fuel oil is the least expensive solution for them.

“Right now my boiler is working fine with regular overhaul done by a plumber. In addition, living in the mountains, I do not see what other means of heating I could adopt, electricity is too expensive ”, indicates this user of Puy-de-Dôme during the survey.

This government decision is causing concern for 36% of consumers and dissatisfaction for 32% of them, as evidenced by this consumer from Haute-Garonne: “I received aid to install an oil condensing boiler. It seems inconsistent that this equipment will now be banned soon. ” 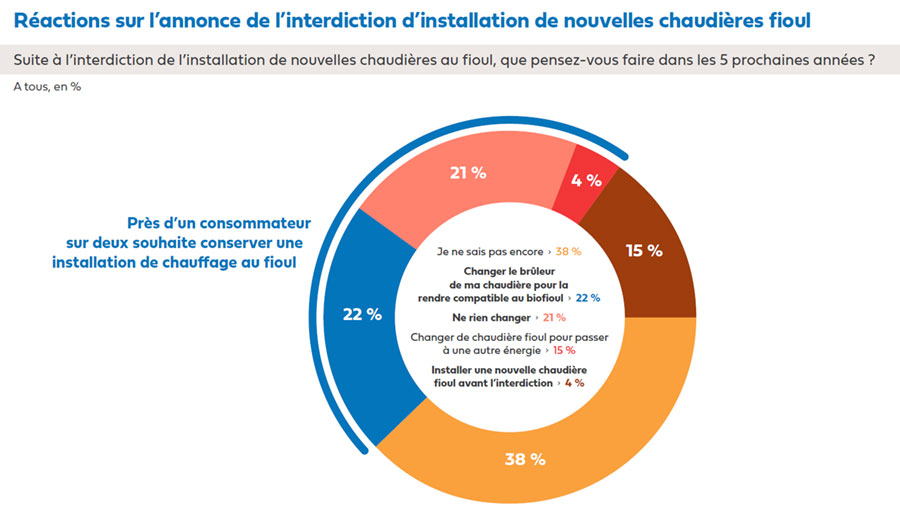 For 15% of respondents using fuel oil, the ban on the installation of new fuel oil boilers will push them to change heating equipment, in the more or less short term. Their choice would be 52% for a heat pump, 32% for a wood pellet boiler and 12% for a gas boiler.

The possibility of using biofuel (fuel oil containing biofuels in order to make it more ecological by reducing its sulfur content and CO2 emissions) as a replacement for fuel oil arouses the curiosity of a majority of consumers (51%). The reservations mentioned on this subject concern the compatibility of their equipment, the additional cost associated with this product and its ecological impact.

In order to achieve its goal of changing all fuel oil boilers over the next 10 years, the French government has put in place several financial aids.

These seem to play a triggering role in the desire to change household heating systems. Of the 15% of respondents declaring that they want to change the boiler to switch from fuel oil to another energy, current financial aid represents the greatest motivation (41%).

However, if the latter are cited as an essential tool in the desire to change heating mode, 69% of fuel oil consumers declaring that they have not yet considered renewing their fuel oil equipment wish to have more financial means and more than one third parties expect more information and advice (28%).

Reminder of aid for changing the boiler

This public aid makes it possible to finance the work of insulation, heating, ventilation or energy audit of an individual house or an apartment in collective housing. The work must have been carried out by companies with the RGE label. Since October 1, 2020, MaPrimeRénov 'has been accessible to all owners, regardless of their income, whether they occupy their home or rent it out. Its amount varies according to income levels classified into 4 categories: blue (very modest households), yellow (modest households), purple (middle income), pink (high income). Hellio has been an agent of the Anah since July 2020.

The “Coups de Pouce” schemes are flat-rate financial bonuses allocated to carrying out energy saving work in exchange for quality requirements and energy performance guarantees. Created by the Ministry of Ecological Transition in January 2019, the “Heating Help” device helps households change their inefficient boiler for equipment with high energy performance or using renewable energies. Hellio, signatory of the commitment charter of this “Helping Hand” supports households in these changes.
The “Heating Help” can be combined with MaPrimeRénov 'and the zero-interest eco-loan.

“This trend confirms the idea according to which financial aid is an essential instrument of public policies on energy efficiency. Long-term visibility of this aid is essential both for households and for energy renovation professionals. This is particularly the case for fuel oil supply companies whose activity will have to be reorganized. In addition to this stability, there is also a need to listen, inform and understand citizens of developments related to the energy transition. The replacement of fuel oil equipment in 10 years will not be done without households who want to be advised, informed but also free in the choice of energy and equipment! Hellio has been calling for stable financial aid for several years, and is developing the skills of its energy renovation advisers in this perspective ”, insists Marina Offel, head of public and legal affairs for Hellio.

“After a phase of surprise and annoyance at political and media statements that are sometimes a little stigmatizing and imprecise, our clients are starting to integrate the measures announced by the government. A majority, however, consider with pragmatism that there is no urgent need to change everything since their boiler is still working well, but they are happy to consider a transition to biofuel. Those who are forced or decided to stop using fuel oil today want more financial aid and better support so as not to sacrifice the comfort and simplicity that they have always known with fuel ”, summarizes Hervé Degrève, founder of FioulReduc.

(1) - Methodology: FioulReduc and Hellio jointly organized a consultation with 124.000 FioulReduc customers across France, to which 1 people responded online between March 018 and 8, 26.