The average mortgage rate crosses 2% in October, a first since 2016 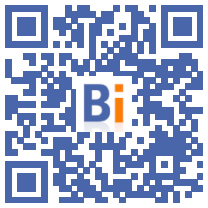 The average interest rate on mortgages in France stood at 2,05% in October, its highest level in nearly seven years, according to the dashboard of the Crédit Logement/CSA observatory published on Thursday.

These rates do not include the cost of insurance and ancillary costs, such as any broker's commission.

This increase, linked to the rise in the key rates of the European Central Bank (ECB), is moreover rapid. Last December, the average rate was almost twice as low, at 1,06%.

The average interest rate for new mortgages is also closely monitored by the Banque de France. Its latest "advance estimate" for September showed an average rate of 1,72%, down from 1,10% in December 2021. Data for October will be released on Friday.

The Banque de France is in the front line because it is responsible for calculating the ceiling rate applied by the banks: the usury rate. Since October 1, it has been at 3,05% for a loan of 20 years or more, all costs included.

These ceiling rates are under fire from critics, in particular from brokers who see them as a barrier to access to real estate credit. One of their unions had even gone so far as to demonstrate on September 20 in front of the headquarters of the Banque de France in Paris to ask him to make a gesture.

The average duration of loans is also increasing, according to the Observatory, which associates the main French banking establishments with a market research institute. It crosses the symbolic bar of 20 years (244 months), a level "never observed in the past".

The production of loans would have reached a high point.

“Despite a revaluation of the rate of wear, the production of credits does not manage to rebound”, notes the Observatory.

The production of loans "measured in rolling annual level was down 10,7% at the end of October, (...) and the number of loans granted fell by 12,9%", he specifies.