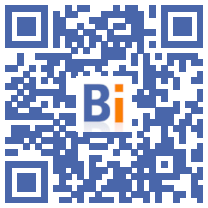 The Astorg investment fund announced on Tuesday that it had entered into exclusive negotiations to acquire the Belgian group Corialis, one of the European leaders in aluminum products for the building industry, according to a press release.

Corialis was sold in March 2017 for around one billion euros, including debt, to the CVC Capital Partners investment fund by another fund, Advent International.

On Tuesday, Astorg - an international fund headquartered in Paris - announced that it was in negotiations with CVC to "become the new majority shareholder of Corialis", without specifying the amount of the transaction.

According to the Belgian business daily L'Echo, this transaction would value Corialis between 1,6 and 1,7 billion euros and would be "the biggest Belgian transaction of the year".

Founded in 1984 in Belgium, Corialis is one of the leading European manufacturers of aluminum profiles for windows, doors and verandas. It employs around 2.700 people at eight sites in the United Kingdom, France, Belgium, Poland, Serbia, South Africa, Portugal and Reunion.

The transaction has yet to be submitted to staff organizations and regulatory approval, says Astorg, who says he manages an asset portfolio of more than 109 billion euros.