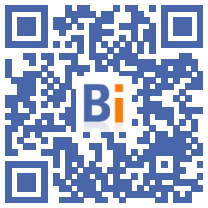 The Association of Mayors of France (AMF) and the mayor of the Ukrainian town of Irpin, Oleksandr Markouchine, signed a "declaration of intent" in Paris on Tuesday which allows French municipalities to participate quickly in the reconstruction of this " martyred city".

"We are announcing today (Tuesday) a strong desire to participate at the local community level in the reconstruction of Ukraine," said AMF President David Lisnard alongside the mayor of Irpin, city of the suburbs of kyiv devastated in the first weeks of the Russian invasion which he presented as a "martyrdom and heroic city" for having "stopped the attack" on the Ukrainian capital.

"The idea is that the French communities, the municipalities of France and the intermunicipalities participate (in the reconstruction) by legal, administrative, technical engineering, as well as by the mobilization of financial means and that of the companies of our territories" , added the LR mayor of Cannes, who went to Ukraine at the start of the war.

"The city of Irpin won, but the price was very heavy", recognized Mr. Markouchine who insisted on the need to rebuild "before winter" certain infrastructures of the city where went there is two weeks President Emmanuel Macron, accompanied by Italian Prime Minister Mario Draghi, German Chancellor Olaf Scholz and Romanian President Klaus Iohannis.

"One of our biggest problems is the social infrastructure, the schools, the kindergartens. If we don't rebuild them, the children can't go to school and the inhabitants can't come back," said the mayor who estimated the most urgent needs at $50 million.

According to the AMF, 75% of the city was damaged, "with more than 12.000 buildings affected and 885 buildings completely destroyed".