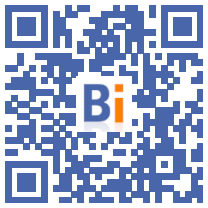 The National Assembly voted on Friday to postpone for one year, to July 1, 2022, the increase in the price of non-road diesel, mainly used in construction and public works, citing the difficulties of the crisis.

The government proposed for its part an 18-month postponement, to January 1, 2023, but an LREM sub-amendment by Alexandre Holroyd reduced the deadlines by six months.

The general rapporteur of the budget Laurent Saint-Martin (LREM) insisted on the "need to support the sectors" in the face of the crisis, while keeping the "ecological ambition".

The abolition of the tax advantage enjoyed by off-road diesel was initially due to take place on July 1, 2021.

During the examination of the amending finance bill, Budget Minister Olivier Dussopt justified the postponement by the difficulties of companies and the "cost of raw materials".

On the right and center-right, several deputies contested the LREM subamendment, believing that companies must be given time in this difficult period.

"I understand that there must be ecological pressure, but companies must also turn," said Eric Woerth (LR), chairman of the finance committee.

The larger tax advantage that farmers enjoy for off-road diesel is not affected by the measure, which was the subject of a very brief debate in the Assembly.

The justifications surrounding this turnaround sound like a new affront to the profession, because if Public Works fully play their part in the ecological transition, all the actors recognize that the elimination of RNG, in the absence of ecological devices available on the market, constitutes an error which will place an additional burden on the sector of 700 million euros in a full year.

The sector is therefore asking the Government to return to its initial commitment and wishes to be received as a matter of urgency by the representatives of the majorities in the two assemblies to discuss it.

For Bruno Cavagné, President of the National Federation of Public Works: “This inexplicable turnaround is completely unacceptable for the entire construction sector, which had learned from the Government the news of the postponement to January 1, 2023 with great relief. This vote is truly irresponsible, knowing that the Government's public commitments had already been communicated to all of our companies. "