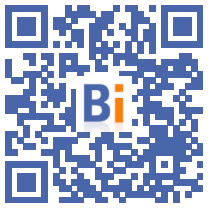 The National Assembly adopted on Tuesday, November 29 a measure allowing a landlord to unilaterally terminate the lease of a tenant in the event of unpaid debts, without initiating legal action, within the framework of the examination of a anti-squat bill.

This is one of the provisions of a text carried by the macronist Guillaume Kasbarian (Renaissance) for better protection of "small owners who do not roll on gold" but that the left qualifies as "anti- tenants".

The article adopted on Tuesday at first reading, with 154 votes to 50, aims to speed up legal proceedings in rental disputes by systematically including in lease contracts a "automatic termination clause".

Activating this clause, in the event of unpaid rent in particular, would allow a landlord to obtain the termination of the lease without having to take legal action and thus be able to obtain an eviction of the tenant more quickly.

Contrary to what was provided for in its initial version, the text provides that the judge may suspend this clause, provided that the tenant requests it.

The Modem, supported by the left and the government on this point, wanted the judge to be able to take action ex officio to suspend this clause, without a request from the tenant, to take into account situations of fragility. But the amendment to this effect was rejected.

The Assembly also adopted another article of the text aimed at accelerating the contentious procedure for rental disputes, in particular by reducing the minimum period between a summons and the holding of a hearing.

During the work in committee, the rapporteur of the text evaluated the average duration of all the procedures - from the first unpaid to the departure of the occupants - "between 24 and 36 months".

“It is a law of social regression which deserves to be renamed + anti-tenant law +”, launched MP LFI Danielle Simonnet.

The leader of the rebellious deputies Mathilde Panot invited the promoters of the text to read the opinion published by the Defender of Rights Claire Hédon. The latter believes that the proposed reform "fails to guarantee a necessary balance between the rights of illegal occupants and those of owners".

“Strengthening the criminalization of unlawful occupancy, or relaxing eviction procedures for unpaid rent, is neither necessary nor proportionate,” she adds.

Despite opposition from the left and associations, the bill could be adopted with the LR and RN votes.

Supported by the Renaissance and Horizons groups (presidential majority), the text proposes in particular to triple the penalties incurred by squatters up to three years in prison and a fine of 45.000 euros.