The Argentine province of Mendoza, its terroir, its Malbec and its architectural bodegas 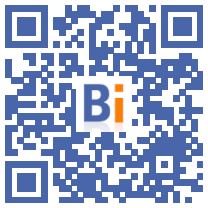 To evoke the Argentinian province of Mendoza is to create images of a great New World wine terroir and its emblematic representative: the Malbec grape. But at the foot of the majestic Andes Cordillera, buildings with innovative design have also emerged, today a benchmark in wine architecture.

An architectural firm has particularly designed this landscape and social transformation: that of Eliana Bormida and Mario Yanzon who accompany the development of Argentine wine with more than 30 buildings built in "deep" dialogue with the Andean landscape.

At the end of the 1990s, Mendoza had become attractive land for investors eager "to make wines capable of competing in international markets" and who called on the Bormida and Yanzon cabinet "to set their bodegas in the background", says Eliana Bormida in an interview with AFP.

"We would never have imagined that a decade later there would have been such a boom in creating wineries that are not only a place of production of great wines, with the tools of modern and contemporary oenology, but also a place to welcome visitors, ”she explains.

And from Mendoza, the Bormida et Yanzon firm has exported its know-how across borders and is now creating wine-growing areas in Bolivia, Uruguay, Mexico, Portugal and Russia.

Elsewhere in the world, in the Bordeaux vineyards, many prestigious vintages already provided with buildings had also wished at the dawn of the 2000s to invest in buildings to increase the value of the estate and especially its notoriety. The technological adaptation to an even more precise vinification had triggered a rivalry to tear off great signatures of international architecture and build new cellars in harmony or disruption with Bordeaux classicism.

In Argentina, the bodegas have also evolved from "a place of winemaking to an interpretation center for the viticulture of Mendoza", considers Eliana Bormida. "Following the concept of landscape architecture, we sought not only to design useful buildings, but also to create a deep dialogue with the landscape of the snow-capped mountains" that surround them.

"Landscape Architecture" is the name of the collection in which the architect describes some of their most emblematic achievements such as the Salentein, O. Fournier or Diamandes bodegas, some of which have won awards.

What their creations express "is a very great understanding of design, architecture, culture, climate and landscape. Few architects in the world have the depth and breadth of this knowledge", according to AFP Paul Nakazawa, professor of architecture at Harvard University.

In the valley of the Uco and its immense desert plain of xerophilic vegetation, the gigantic Salentein bodega sits enthroned, with the excess of nature that surrounds it.

Along an axis 1,5 km long, in a complex of 2.000 hectares of vineyard irrigated by meltwater from the snow-capped peaks of the Cordillera, mingle the winemaking cellars, the pharaonic aging cellar, a center reception, a place of restoration, exhibition, and even a chapel.

The materials of the facades are a mixture of sand and pebbles taken from the soil of the region. All in earthy colors.

In the expanse of the province of Mendoza, where more than 70% of Argentinian wine is produced, the designs of the owners are diverse and the architecture is also influenced by the place where the building is erected.

At the end of the 1990s, a young Spaniard came to the Bormida and Yanzon cabinet with a clear vision: to build a bodega "that would express the XNUMXst century and the New World".

The work, like all the projects designed by the architectural duo, was conceived from the emotion provoked by the place.

For Mario Yanzon, Mendoza has become "one of the wine capitals not only for the quality of its wines but also for the architecture of these temples dedicated to wine".

And he hastened to clarify: "It is also thanks to the Andean landscape, because nowhere else in the world can we find this mountain range" in the background.