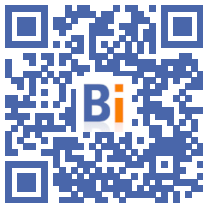 The administrative court of Pau on Friday, September 16 lifted the suspension of the compensation measure intended to fight against the expansion of furnished tourist accommodation in the Basque Country, and of which the Airbnb platform is the symbol.

In their order issued on September 16, the judges of the administrative jurisdiction put "an end to the suspension of the execution of the deliberation of the Community Council of the Basque Country Agglomeration Community of March 5, 2022".

Seized of an interim suspension, this same court had agreed on June 3 to a group of 50 applicants owners and concierge companies, who had raised a "serious doubt" as to the legality of this measure voted in early March.

At the beginning of July, the elected officials of the Basque Country had reviewed their regulations, in the light of the observations made by the judges in chambers, to propose an "adjusted" version.

The compensation measure obliges owners to produce, in the same city and with an equivalent surface area, a property on the rental market for the year to compensate for accommodation transformed into furnished tourist accommodation. It must apply to 24 municipalities in the Basque Country in a so-called "tense" area.

The rules had been clarified, to introduce "better proportionality", in the face of the "scarcity or even non-existence of premises eligible for compensation", underlined by the judges.

The new regulation notably allows owners to buy "commercial rights" from others to recover premises and also concedes that ground floor premises, hitherto excluded from the framework, can be converted as long as their showcase does not overlook the public domain.

Following this decision, the modified version of the compensation rule can now apply from March 1, 2023.

However, the legal battle between the Basque conurbation and the applicants is not over: after this summary suspension, an urgent plea based on the form of the deliberation, a hearing on the merits, on the very content of the measure and on its legality, will take place in the coming months.

The Alda association, which defends the right to housing in the Basque Country, welcomed this decision, a "snub" against "the various lobbies and multi-owners (...) who had multiplied the appeals against this regulation,” she wrote in a press release.

According to her, the vote of March 5 "stopped the haemorrhage of the private residential stock vampirized by the permanent airbnbs" and "discourages today the financial investors and bank loans who will wait to know the final outcome of the current legal proceedings before to buy housing inhabited year-round to transform them into furnished tourist accommodation".

More than 16.000 tourist accommodations are listed in the 24 municipalities of the Basque Country concerned, an increase of 130% between 2016 and 2020, according to the Atlantic and Pyrenees Urban Planning Agency (Audap).

In November, a demonstration for the right to housing brought together between 6.500 and 8.000 people in the streets of Bayonne.