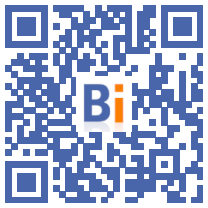 The US consulate in Hong Kong has closed the sale of a housing complex for several million dollars, after waiting several months for Beijing to review its decision not to give the green light, announced Thursday the buyer.

This agreement, which covers six luxury villas located in the most exclusive district of the territory, will allow the US State Department to pocket some $ 330 million.

This sale, announced last year, was suddenly suspended in December due to Sino-American tensions.

Beijing justified this decision by the fact that this exceptional real estate transaction required a specific green light.

The residences, located in one of Hong Kong's most expensive neighborhoods, are nestled on a hill and offer ocean views. They were previously used to house staff.

Relations between Washington and Beijing are at an all-time low, due to a trade conflict but also over respect for human rights in China and Hong Kong. The United States and the Western powers denounce in particular the repression undertaken by the Chinese authorities in the former colony.