Aluminum, the metal of the old and the new economy 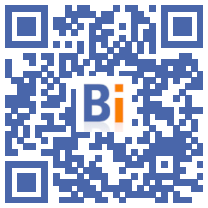 From beer cans to airliners, aluminum, whose price is breaking records on world markets, has allowed the traditional industry to flourish, but is also establishing itself as one of the metals of benchmark for energy transition, via electrification.

As the second most exploited metals on Earth after steel, according to the Aluminum Europe organization, which federates this industry in the European Union, aluminum is lighter than the latter, has good resistance to corrosion and to deformations and is completely recyclable.

Widely used since the end of the XNUMXth century in the naval and railway industry, it has become the benchmark metal for aeronautics by reducing the weight of airplanes, even though it is currently in competition with carbon fiber.

In construction, its properties have made it possible to constantly innovate, for glazed facade profiles, removable gates, balcony structures or guardrails, in the form of alloys.

In everyday life, it is omnipresent in kitchens (food trays, bricks and drink cans, coffee capsules, jar lids, etc.) as well as in aerosols and pharmaceutical products.

Better electrical conductor than copper, aluminum is gradually becoming a benchmark for the equipment of high voltage lines, transformer coils or underground and submarine cables.

As it is also lighter and stronger than traditional materials, aluminum could establish itself as the new standard in the electrical and even electronic industry. The energy transition promises to use it ever more heavily in low-carbon technologies, such as battery packaging or hydrogen-powered fuel cells, underlines the IFP Energies nouvelles research center.