The Altrad group "interested" in the jersey of the All Blacks 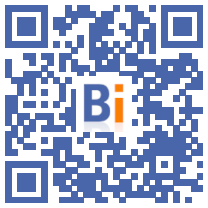 The Altrad group, jersey sponsor of the XV of France, has expressed its interest in that of the All Blacks but "negotiations are underway" and "nothing is done", explained Monday its leader Mohed Altrad on Lequipe.fr.

At the end of the year, the All Blacks will lose their main sponsor, the American insurance giant AIG, whose name appears on their jersey, and the New Zealand Rugby Federation is looking for a new partner.

"The All Blacks are the best in rugby terms at the world level for a long time. We are interested, it's true. But to date, nothing has been done. It is impossible to say that the Altrad group will be the next jersey sponsor of the All Blacks ", explained Mohed Altrad, president of the eponymous group specializing in the production of materials for construction and public works.

"Negotiations are underway. We don't want to buy the All Blacks, just be sponsors. We trade, as AIG has done, as we are currently doing with the France team. We don't want to be involved. interfere in management or impose any constraint, "added the one who also chairs the Montpellier club.

"I am not at the forefront of the negotiation. I delegated this to one of my sales managers. But let's say that, in the proposed deal, there are things that may be suitable, others less. significantly at stake because (...) the amounts before or after the pandemic are no longer the same ", continues Altrad, whose company became a jersey sponsor of the Blues in 2018.

The New Zealand Federation, which is also negotiating the entry of an investment fund into its capital, had entered into a multi-million dollar sponsorship deal with AIG since 2012.

"We are wondering about our contract with the France team. It is not + straight forward + (rectilinear) because having the same sponsor of two major rugby nations has never been seen. it is justified to make efforts on the two teams, should we privilege one? And then what type of offer to seize? ", also affirmed Mohed Altrad.