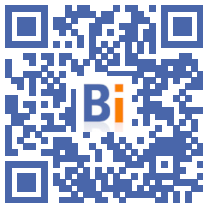 As part of its national low-carbon strategy, France has set itself ambitious objectives in order to maintain the course of 2°. In this context, the decarbonization of the building sector is a major challenge conditioning the achievement of the carbon neutrality targeted for 2050.

If nothing is imposed today on existing buildings, 500.000 of them * should nevertheless be brought to evolve each year, in the hypothesis of a massification of renovation in accordance with the national strategy. In addition, the framework of the national low-carbon trajectory sets the share of tertiary stock to be renovated per year at 3% ** and the tertiary decree sets the target of -40% reduction in energy consumption to be achieved by 2030 for buildings subject to its obligation***.

However, contributing effectively to ever more efficient buildings implies new ways of thinking about the Life Cycle Analysis of the building as a whole, since the environmental challenge of renovation cannot be reduced to the energy component.

This is why the HQE-GBC France Alliance, in the logic of collaborative innovation which is dear to it, has been piloting the NZC Rénovation (Net Zéro Carbone Rénovation) research program for 2 years, financed by the REDEVCO Foundation, and organized in close collaboration with AIA ENVIRONNEMENT. This program aims to identify a coherent method to increase the performance of existing buildings over the entire life cycle.

At the end of a phase of tests carried out on 7 families of representative projects, the NZC Renovation research program now delivers keys to understanding and lessons: it provides a definition of the concept of carbon neutrality in a renovation project. , precisely shows that the concept can be illustrated by a carbon payback time indicator and highlights the low-carbon, effective and concrete levers for reducing carbon emissions on the French renovation market.

For Marjolaine Meynier-Millefert, President of the HQE-GBC France Alliance: “The road to the massification of renovation is finally paved! The NZC Renovation research project fits logically into the evolution of the building sector. In a world where we are aiming for 2 degrees, using this information is vital for decision-making and to be done, the massive acculturation of construction actors to this type of modeling is essential. »

The concept of carbon payback time: a relevant indicator for measuring LCAs.

In the life of the building, the notion of carbon payback time is the carbon balance point to be monitored: the level from which the avoided GHG emissions appear, i.e. the moment when the benefits of the renovation compensate for the initial carbon investment.

To ensure that the carbon indicator in renovation is as low as possible, the NZC project has made it possible to identify 5 levers in the light of the lessons learned during the experiments:

The NZC Renovation research project therefore provides valuable lessons on the carbon weight of renovation. It also opens up prospects for following up on the NZC optimizations carried out on the 7 families of projects.

By relying tomorrow on the World GBC network, which will allow wider communication of the project, and financially supported by the REDEVCO Foundation, the HQE-GBC France Alliance is now on the point of disseminating its work internationally by putting available in English the methodology and the case studies carried out: a promotion of French knowledge beyond our borders!