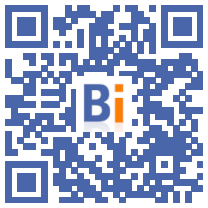 The "Affordable Rent" system, which aims to encourage homeowners to rent below market prices, will be renamed "Loc'Avantages" and reformed, we learned Monday, January 24 from the Ministry of Housing.

Introduced in 2017 by Emmanuelle Cosse, under the five-year term of François Hollande, "Affordable renting" offered a tax deduction to owners agreeing to rent, for at least 6 years, to low-income people at regulated rates.

The tax deduction is transformed into a tax reduction, more egalitarian, and capped at 10.000 euros, the usual limit for tax loopholes.

It will be 15 to 65% depending on the extent of the rent reduction granted and whether or not a social intermediary is used to manage the accommodation.

Zoning, which gave rise to different deductions depending on whether the accommodation was in a tight zone or not, has been abandoned. This system, it is said in the entourage of Minister Emmanuelle Wargon, made the device unattractive in certain tense areas, in particular the small crown of Ile-de-France, and not very useful in relaxed areas.

The reference rent levels by municipality, which are to be set by a subsequent decree, will now be based on the ministry's rent map.

An owner "will always be a winner, whatever the territory, and in particular in a tense zone", we assure the ministry.

And the duration of the agreement increases to 6 years in all cases, whereas it was previously 9 years if the owner was also financed for renovation work via the device.

The cost to the State of the device, estimated at 70 million euros per year so far, should therefore "at least double".

The first files can be submitted from April 1 to the National Housing Agency (Anah), with retroactive effect for leases signed from January 1, 2022.

The approximately 110.000 dwellings rented via the old system continue to benefit from it and may be extended.

A simulator for owners has been set up on the Anah site.