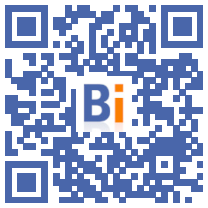 Groupe ADP reduced its net loss in the first half to 172 million euros, but revised downwards its traffic and therefore profitability assumptions for the current year, announced the airport manager.

ADP, which operates the Ile-de-France facilities in Orly and Roissy in particular, suffered a net loss of 543 million euros in the first half of 2020, due to the shock of Covid-19 which continues to affect it this year. Its turnover fell a further 15,3% in the first half compared to the same period last year, to 989 million euros.

When the publication in February of its annual results, marked by a loss of 1,17 billion euros consistent with the situation of a stricken global aviation sector, the group had forecast for 2021 and its Paris airports a traffic of 35 to 45% of that of 2019, the last full year before the pandemic.

For its facilities located outside France, more than twenty, from Santiago de Chile to Amman, ADP was targeting 45 to 55% of 2019 traffic this year. The new range is 40 to 50%, the group said in a statement.

Regarding the traffic assumptions of platforms in the Paris region, "we prefer to lower them between 30 and 40%, in such a way as to give a sign of caution in the face of a possible new wave linked to variants in the fall", the company's chief financial officer, Philippe Pascal, said in a press conference call Wednesday evening.

This more marked pessimism also has consequences for the financial objectives of the group, which is majority owned by the French State, in particular in terms of operational profitability.

"The forecast EBITDA (gross operating surplus, editor's note) / turnover ratio of the group in 2021 has been reduced from a range of 18-23% to 15-20%", said its CEO, Augustin de Romanet, quoted in the press release.

From the same source, however, the objective of a "net financial debt to EBITDA ratio of 6x to 7x by the end of 2022 is maintained". Mr. de Romanet assured that his company "continued its efforts to stabilize its financial situation and maintained a satisfactory cash flow", even if the net debt had swelled by 20,7% over one year and exceeded 8 billion euros.

The boss of ADP stressed that "the first half of 1 had been marked by a resurgence of the pandemic" which had "affected all aeronautical and commercial activities from January to May, the resumption having [took] place from mid-May ", whereas 2021 had only been affected" from the month of March ".

The figures are even worse at Paris airports, which only found 20,5% of their passengers two years ago. Over one year, the drop is 45,7% to 10,7 million people.