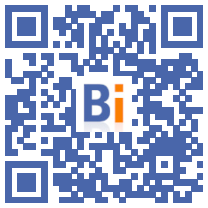 An appeal has been filed before the administrative court of Rouen against the prefectural decree authorizing the operation near the Normandy capital of a storage site for inert waste from the Greater Paris site, AFP learned on Tuesday July 26. from judicial sources.

The Rouen TA confirmed to an AFP correspondent on Tuesday that "the request against the decree of the prefect of Seine-Maritime taken on April 25, 2022 was registered today".

According to this appeal, which AFP was able to consult, the applicants are in particular an association, Les Pieds dans l'eau, the managers of a hotel-restaurant neighboring the site, as well as inhabitants of the town of Bardouville, close to the site. where should this waste be stored?

They blame the State in particular for "the illegality of the decree of April 25, 2022", as well as "shortcomings" in terms of "advertising" or "reasons for the decree". They also contest an "insufficiency of the description of the significant effects of the project on the environment and human health".

Last week, several residents had filed a complaint for "false writing" against the company carrying the project, three months after the decision of the prefect of Seine-Maritime to authorize the storage near Rouen of this waste.

The project, disputed locally for months, consists of storing, in an old quarry abandoned since 1992 and located in the town of Mauny, 383.500 tonnes of inert waste from construction sites in Ile-de-France.

This waste will be transported by barge on the Seine, before being transported by truck to the selected site in Mauny, a town belonging to the Regional Natural Park of Boucles de la Seine, located on the edge of the Rouen Metropolis which it wishes to integrate.

At the beginning of April, the president of the metropolis of Rouen, Nicolas Mayer-Rossignol (PS), as well as other elected officials, had sent a letter to the prefect in which they expressed an “unfavorable opinion” to such a project. The elected officials also recalled that "the Boucles de la Seine natural park had given a similar opinion".