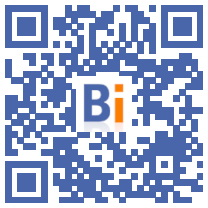 The abandonment by the SNCF of the transformation project of the Gare du Nord in Paris marks a new failure for Ceetrus, the Auchan property company, after the end of another major project: the Europacity complex north of the capital.

In 2018, Ceetrus was selected by the SNCF to design with it a renovation project for the Parisian station, the first in Europe in terms of attendance - a project initially estimated at 600 million euros. The project was to triple the surface area of ​​the Gare du Nord, and multiply by five the spaces of services and shops, all before the Olympic Games of 2024.

The property of the French distributor Auchan, owned by the Mulliez Family Association, was then at the heart of a controversy about another juicy contract: that of the construction of the gigantic Europacity shopping and leisure complex in Gonesse, in the Val d'Oise, between the airports of Le Bourget and Roissy-Charles de Gaulle.

The then Minister for Ecological Transition, Nicolas Hulot, and local elected officials denounce in particular the artificialization of agricultural soils that would result from the project led by Ceetrus and the Chinese conglomerate Wanda.

At the end of 2019, everything gets even more complicated for the real estate company, when Emmanuel Macron announces the outright abandonment of Europacity. The contract estimated at 3 billion euros is canceled and Ceetrus can only initiate a procedure to be compensated.

At the same time, on the side of the Gare du Nord, the Paris town hall - which initially supported the project - changed its position and criticized a project that was too commercial and not focused enough on travelers.

The controversy bogged down throughout the following year, the town hall accusing Ceetrus of not being able to meet the deadlines, and the government of seeking to "pass in force".

An agreement is reached in November, but Ceetrus and SNCF must resolve to reduce the size of the project, which is also delayed after the Olympics. To finally abandon it this week.

After these difficulties, the announcement Tuesday of the SNCF therefore has an air of déjà vu for Ceetrus, which does not digest a "unilateral" decision.

"I am in shock. What we want is to reestablish the truths", told AFP the chairman of the board of directors, Antoine Grolin, who affirms that the SNCF has always been aware of the progress of the project. He insists: "we intend to be respected".

At the start of 2021, the Auchan group had nevertheless tried to turn the page on Europacity, by reshaping its real estate activity. He had thus created Nhood, a new structure responsible for carrying out real estate projects, separate from Ceetrus, owner of Auchan's main assets.

Nhood promised in particular to "enrich the local to listen to the inhabitants", and investments to the tune of one billion euros over three years were planned.

Nhood and the Ceetrus real estate company were then merged into a new company: New Immo Holding. But the pandemic has, as in the whole sector, caused a drop in income.

New Immo Holding nevertheless continues to carry projects in France and abroad, in particular in Portugal and Italy. For 2021, it provides for an envelope of 350 million euros of investments.

Failing to be able to continue its project for the Gare du Nord, the company is continuing on September 29 the inauguration of another of its major projects: the transformation of the Vigo station district, in eastern Spain. A 121.500 m2 project, which includes a 43.000 m2 shopping center ... around an Auchan hypermarket.