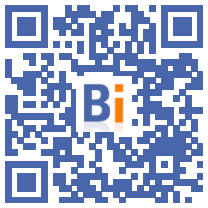 The city of Clichy (Hauts-de-Seine), directed by Rémi Muzeau (DVD) will cede the Maison du Peuple, emblematic of the architecture of the 1930s, to the Ducasse group (restaurants, hotels), sparking an outcry from opposition from the left and local associations.

Famous building of the "Red Belt", this Maison du Peuple, inaugurated in 1939, was classified as a historical monument in 1983. Work of architects Beaudouin, Lods and Prouvé, it is known for its curtain wall, the first in France, its modularity and its sunroof.

"The building will be completely restored, rehabilitated and brought up to standard by the Ducasse group", the Ministry of Culture announced in a press release on Wednesday, welcoming "a very happy meeting between a project, a historic monument and a territory".

It is the ministry which "suggested to the Ducasse group to take an interest in it".

"The city of Clichy and the Ducasse group can count on its support, in order to accompany them in an approach as respectful as possible of this exceptional building", underlined the Minister of Culture Roselyne Bachelot.

The group "plans to develop a project to promote all its know-how. The culinary art will be available in several forms," ​​said the press release.

The project will be led by Alain-Charles Perrot, chief architect of historical monuments and Florent Richard, heritage architect, with designers Patrick Jouin and Sanjit Manku.

"The work authorizations will be the subject of an instruction by the regional conservation of historic monuments (DRAC) and an authorization from the regional prefect" and the services of the ministry "will scrupulously ensure that the restoration is respectful of the 'history and architecture of the monument'.

The cession was recorded on Tuesday evening during a stormy meeting at the city council.

"A lot of work had been carried out, of which all were informed, including the ministry, to co-construct a project including the residents who had drawn up a report on the possible uses of the building", regretted Laurence Macé, president of the association "Quartier House of the People ".

The building, the object of several restoration campaigns in 1995, 2003 and 2005, had deteriorated: rust, modifications to the floor, joinery, problems with heating, ventilation and lighting. A solution was sought by the town hall for his rescue.

Former Minister of Culture Franck Riester was opposed in 2019 to a first project of a 99-meter tower on the Maison du Peuple, carried by the Duval group, supported by the architectural firm of Rudy Ricciotti.